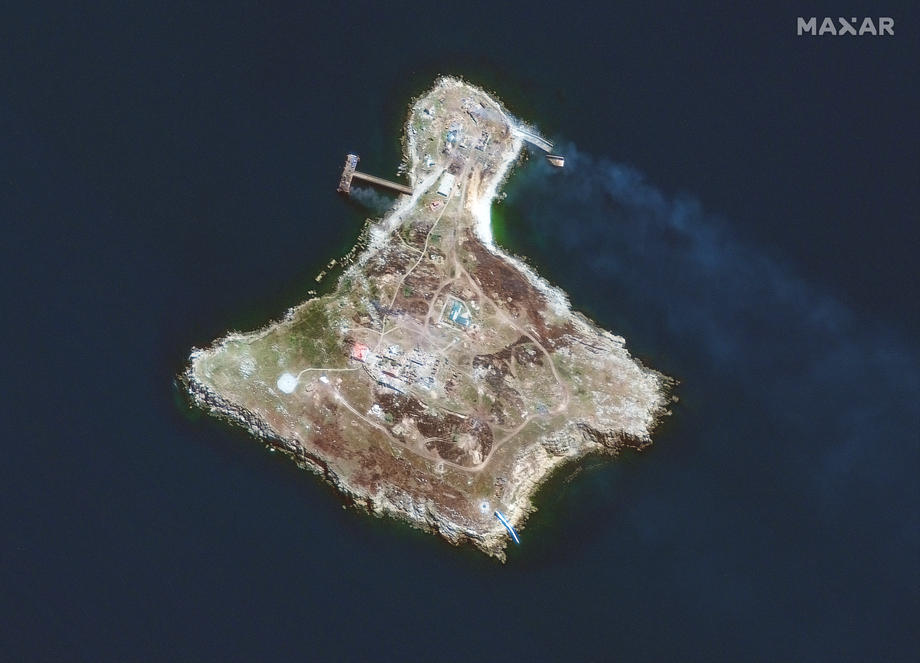 The footage was released following news today that Russian forces had withdrawn from Snake Island. Ukraine claims that the Russians withdrew due to the attack on the Ukrainian army, and the Russians claim that the withdrawal is a "gesture of goodwill."

New photos show smoke rising from affected vehicles and buildings in the north of the island.

Lake near Las Vegas recedes due to drought, human remains found at bottom

Saudi woman sentenced to 34 years in prison for using Twitter