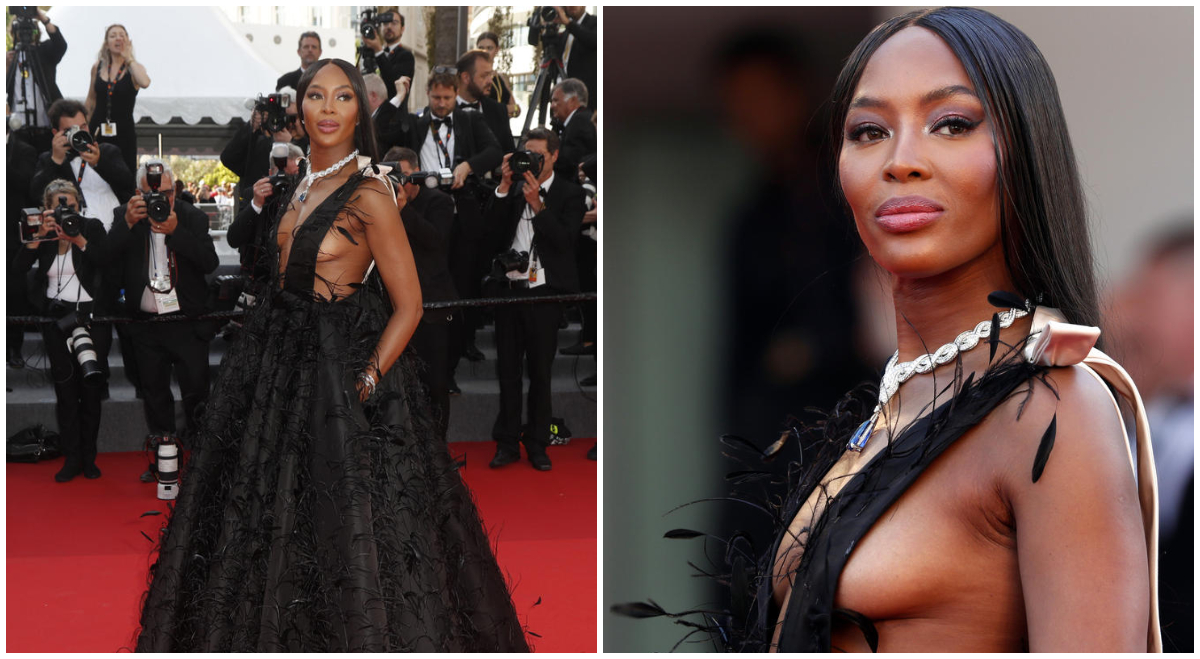 Naomi Campbell appeared at the premiere of the movie "Decision To Leave" on Cannes Film Festival and attracted the attention of those present with his appearance.

Naomi opted for a very unusual styling that attracted a lot of attention. She wore a very attractive dress that barely covered her breasts, but for a model with decades of experience, wearing this "risky" piece was no problem.

The black creation with the signature of "Valentino" consists of a top with a deep neckline with an opening on the sides, scarves on the shoulders and a luxurious skirt with feathers. The whole dress is covered with small details that give an additional dramatic effect.

She filled the styling with expensive shiny jewelry, and Naomi, who turned 52 two days ago, looks better than ever.