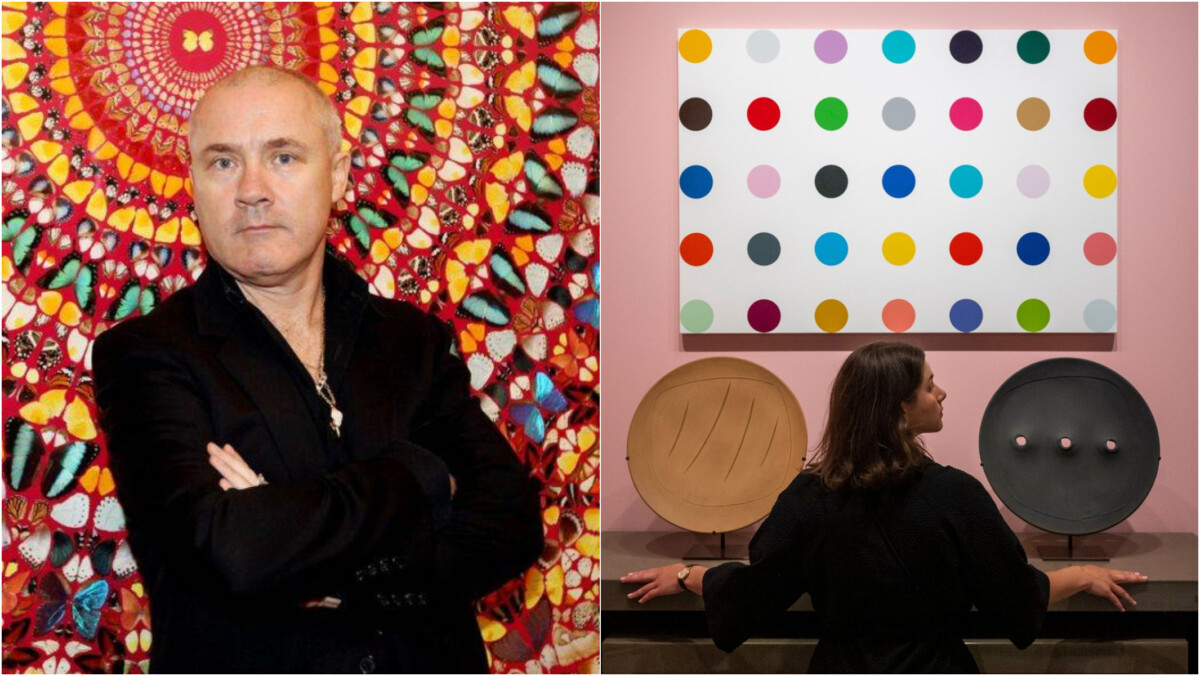 The famous and controversial artist Damien Hirst will organize the exhibition on September 9 "The Currency" in the gallery Newport Street in London where according to his promise from a year ago, he will burn his pictures that he converted into NFT (irreplaceable tokens).

A year ago, Hearst announced a bold plan to "challenge the concept of value through money and art," forcing buyers of his NFT project to decide between owning a physical piece of art or a digital token associated with it. Now Hearst on his twitter profile announced the final result, it says "Artnews".

The artist sold 10.000 of his works as NFTs, and gave buyers a year to decide whether they wanted to keep the tokens or exchange them for a physical version. When the deadline expired a few days ago, the result showed 5.149 people who opted for "real" paintings, and the remaining 4.851 works were "sentenced" to burning.

The "Currency" exhibition includes a number of dot paintings, which Hirst began creating in 2016.

The year is over boom 💥 that was quick! and we all had to decide: NFT or physical? The final numbers are: 5,149 physicals and 4,851 NFTs (meaning I will have to burn 4,851 corresponding physical Tenders). pic.twitter.com/xCUJ0gviZ0

So are NFTs the future? No, according to the participants in this particular experiment.

The digital tokens were sold through a lottery system for $2.000. Each dot image is titled based on the artist's favorite songs: "Totally Gonna Sell You", "Laugh in our faces", "This old art: You're always so interesting" и "Where the money was yesterday". No two colors used in the works of art are the same, and in each the artist has imprinted a micro hologram of his image.

Between July 30 and August 31, 2021, just one month after the project began, 2.036 works sold brought in a whopping $47 million. But during the remaining 11 months, the "Currency" declined, with both the minimum prices and the trading volume being lower and lower. In the spring of this year, the "crypto winter" fell and the once booming NFT market declined. By July 2022, the mega-platform OpenSea laid off 20 percent of its staff. In June 2022, only 170 sales of the "Currency" took place, bringing in $1,4 million.

On the eve of the deadline, the owners of "Valuta" debated the advantages of the two media. Some felt that NFTs involved "much faster and easier sales" as well as "a race that keeps the excitement going." The disadvantages, as they pointed out, are exactly in the changing market. In total, Hearst's project generated sales of about $89 million.

These three zodiac signs will experience incredible luck on October 1

VIDEO | Why do Danes let babies sleep peacefully on the street?

A case of domestic violence shook the region: The sister of a famous Croatian influencer was beaten

VIRAL VIDEO: Journalist puts on condom to protect microphone from hurricane in Florida

Constantly receives requests for financial assistance: An Indian man has a lottery win