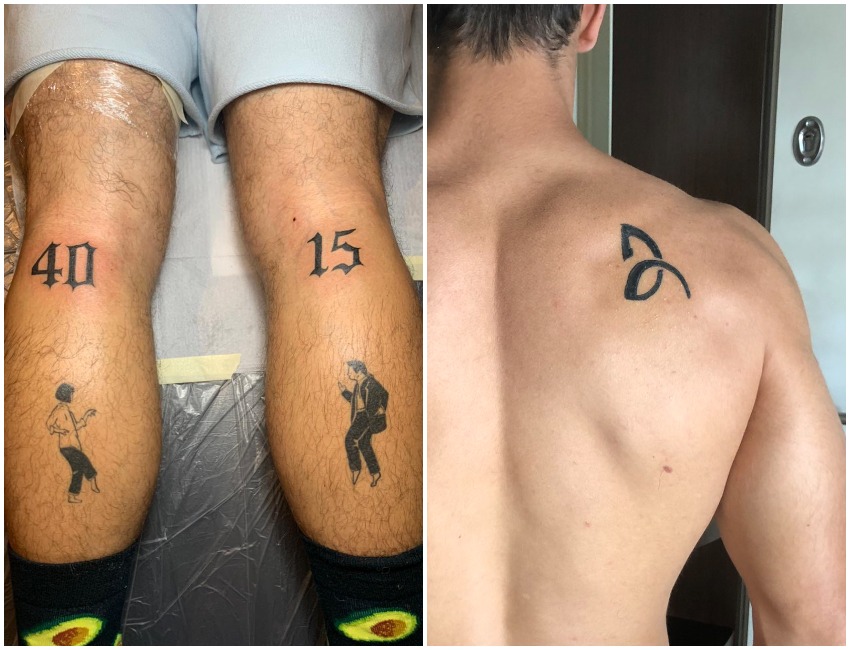 The Argentine Franco, who says that he is a big fan of Novak ковиokovi., Tattoos an interesting tattoo on his legs that will infuriate Roger Federer's fans, and will cause trauma to the Swiss.

"The most important numbers in my life, 40:15 to eternity", Wrote Franco, showing the tattoo on his legs.
These numbers, 40:15 are the lead of Roger Federer on his serve in the fifth set when he led with 8: 7 in games in the final of Wimbledon 2019 and those were two match balls for the Swiss who failed to use them and then lost in the decisive tie-break.

The most important digits in my life. 40-15 hasta la eternidad @DjokerNole pic.twitter.com/nYdEF9hXUR

In the decisive fifth set, Federer had a 5: 3 lead in games and a 40:15 advantage on his serve. In those moments, everyone thought that the Swiss would succeed in realizing one of the two sets of balls and would be placed in the final, but that was not the opinion of Djokovic who played an incredible return that proved to be a decisive moment in the match.

Then ковиokovi успеа managed to win four games in a row and celebrate with 7: 5, and in the final he defeated Rafael Nadal and triumphed for the first time at the US Open.

But Marko did not stop there, he tattooed the logo of Novak Djokovic on his body.