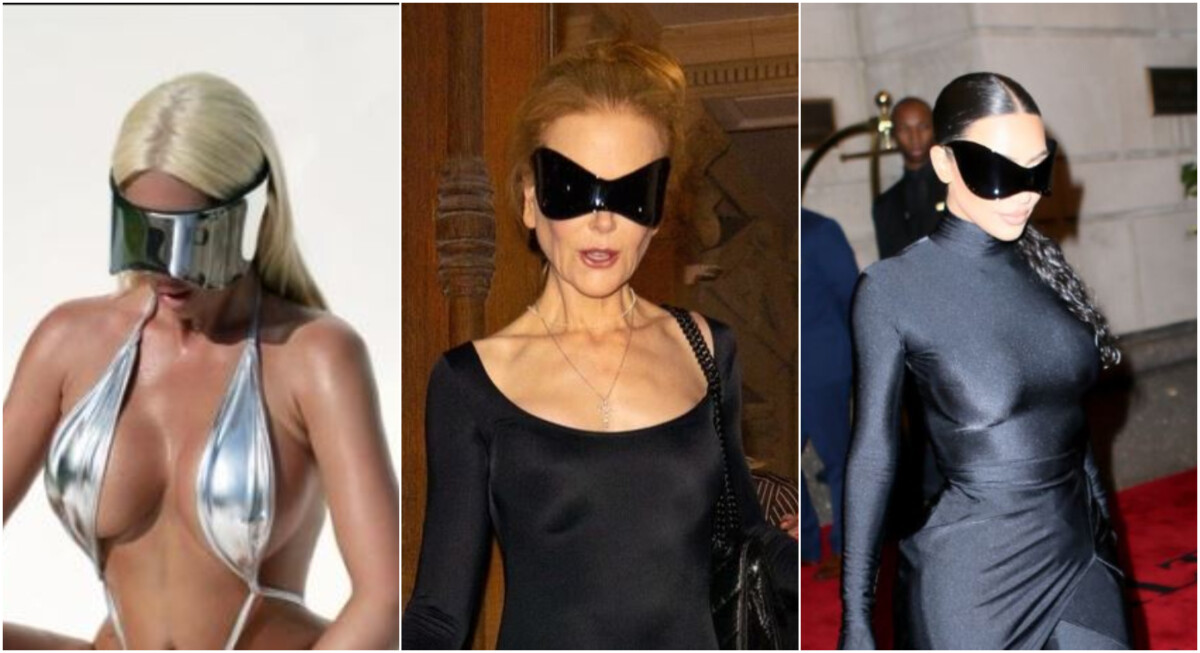 The actress Nicole Kidman (55) surprised with the unusual styling while leaving the fashion house "Balenciaga" wearing a bizarre black eye mask during Fashion Week in Paris on Tuesday.

The actress looked 'alien' as she wore the black eye mask in the shape of a bow, wearing a black bodysuit and casual high-waisted jeans.

Nicole surprised everyone with this style, considering that people are used to seeing her in elegant and sophisticated editions.

The same unusual glasses were worn by the starlet Kim Kardashian a year earlier, while wearing a head-to-toe black ensemble.

Since these photos were published, the internet has been "burning" over who these glasses fit better and which of these two stars wore them better.

"This is totally Kim Kardashian style", "Hmm, I don't know, after all Kim wore them first...", "Why would anyone want to copy a starlet?", are just some of the comments.

Obviously, these unusual glasses are a hit among celebrities. Not even the Serbian singer could resist them Jelena Karleuшаa, who these days publishes photos on her Instagram profile in which she is wearing a miniature silver bikini and similar glasses, i.e. it is a silver mirror protector with the signature of Alexander McQueen.