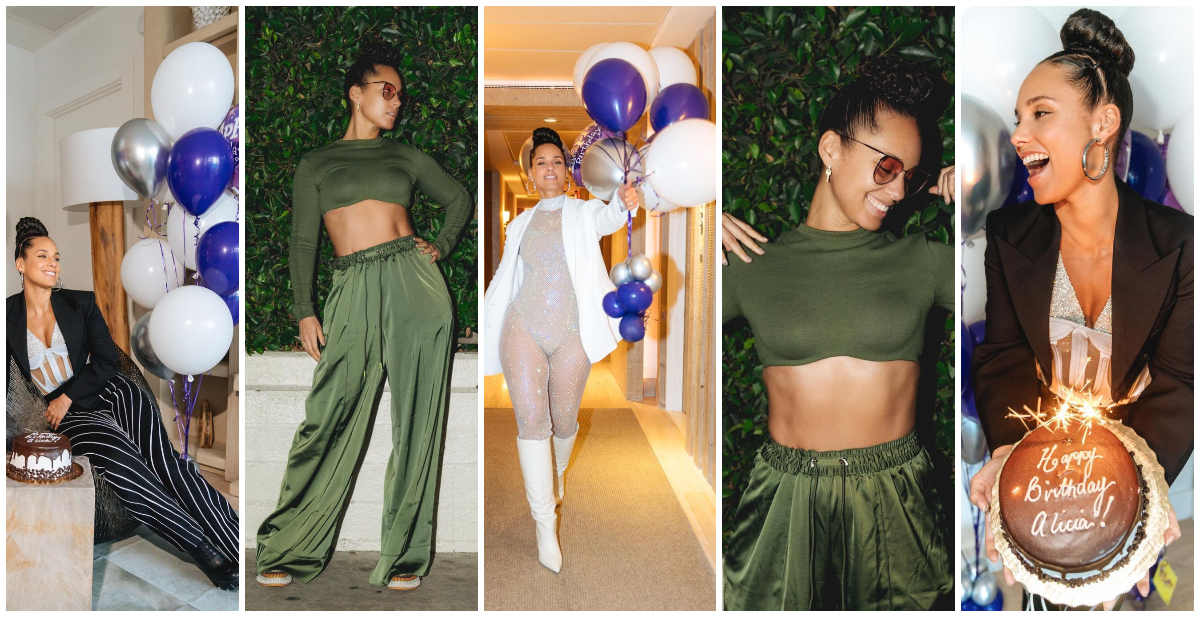 Alicia Keys celebrated her 41st birthday, and in the description of the photos she posted on her Instagram profile, she delighted her fans.

"It's my birthday! I am very grateful to be alive! I am grateful to everyone who surprised me last night with a masterful surprise. You made me so happy! I send great love for every birthday wish, prayer and all the beautiful energy you have sent me so far! I feel everything! Yesterday all day I had no idea what was happening or what was coming. Now I really do not know what to expect! I know one thing, I celebrate every second because life is too precious to waste time! I adore you! ", Wrote the music diva in the description of the photos.

The seventh studio album in her career was released a few days ago. Although she has won 15 Grammy Awards in her successful career and is a proud mother of two who has sold 35 million albums and 30 million singles so far, this birthday message reminded many of Alicia's difficult life.

"I am the person who should not have failed. I was supposed to end up as a prostitute, a 16-year-old mother, or a drug addict. "I am the one who should have been in the wrong place at the wrong time," she said in a recent interview, referring to the plight of African Americans in American society, especially women.

The only Alicia admitted that her music career saved her from the hellish world of drugs, prostitution and bad life. She grew up in New York's notorious Hell's Kitchen, which at the time was known for its prostitution business. Keys claims to have witnessed sad human stories since she was a child.

She made her way to the music scene in 2001 with the single "Fallin", which won the world charts, but Alicia says she has never forgotten where she comes from.