PHOTO | The Colombian beauty dominated Cannes: All eyes on her 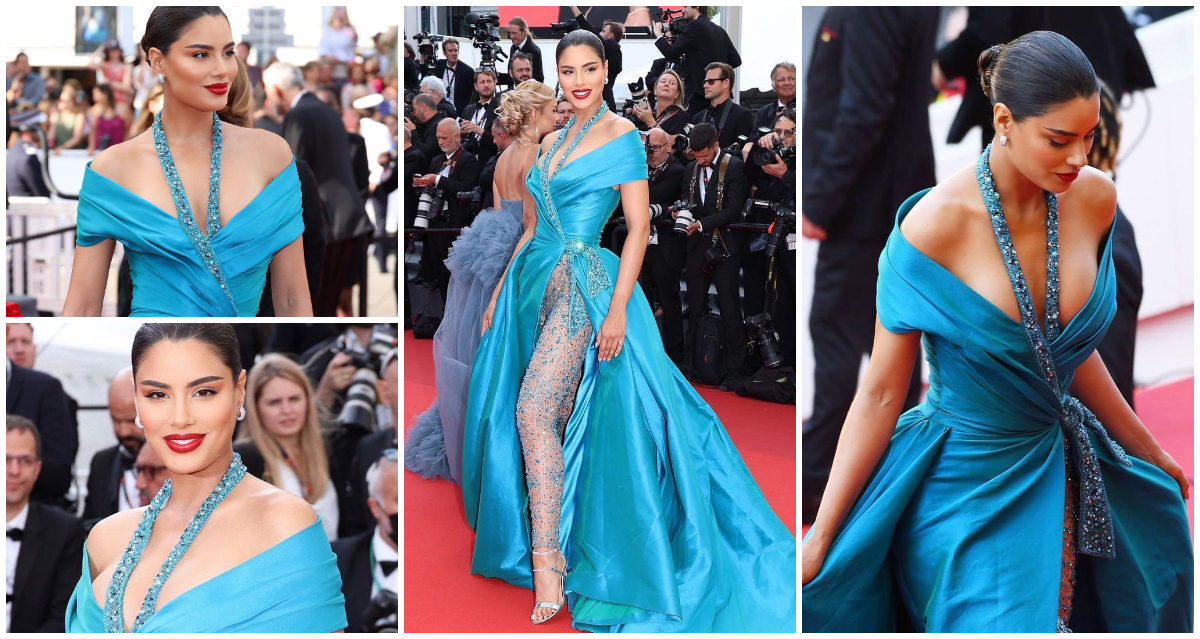 Among the many stars who walked the red carpet last night Cannes Film Festival, was also a Colombian beauty who is considered one of the most beautiful women on the planet.

Many celebrities were on the red carpet, including Ariadna Gutierrez, a famous model and former Miss Colombia.

The beautiful Ariadne appeared in a blue satin dress with a lined lining that reveals the shoulders and emphasizes her neckline and her slender waist, and then spreads in a luxurious ball gown. However, this is not just another fairytale creation, but Ariadna decided on a very provocative model with a deep slit up to the middle of the abdomen!

The model also wore transparent leggings surrounded by blue crystals of different sizes, and the same details are on the bow around the waist, which move in stripes on the upper part of the body and hold the dress around her neck.

Ariadne combined with the unusual dress wore silver sandals with high and thin heels, and the whole look was completed by a simple hairstyle, miniature shiny earrings and red lipstick.

The beautiful Gutierrez, by the way, was Miss Colombia in 2014, while the following year she was named the first companion of the contest for Miss Universe. She then found herself in the public spotlight because she was first mistakenly declared the winner, and then they had to disappoint her in front of an audience of millions.