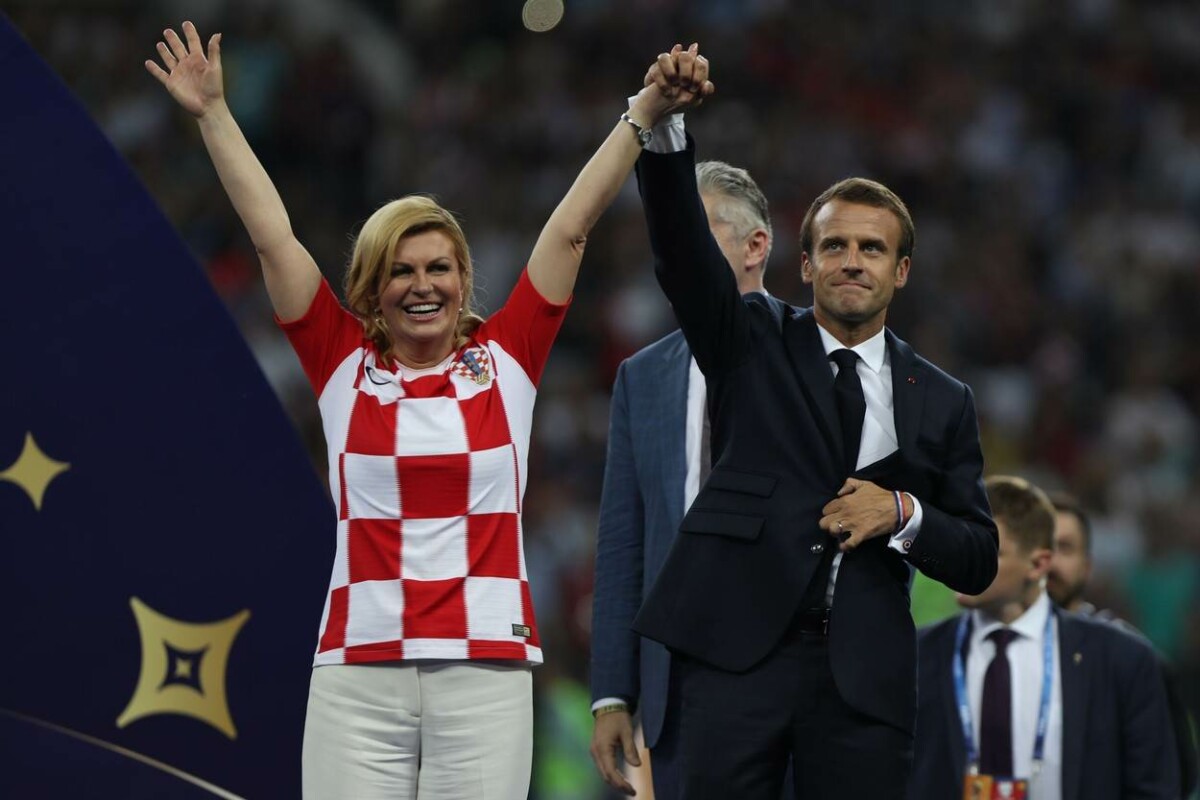 Macron arrived in Zagreb on Wednesday evening for a two-day official visit to Croatia.

Kolinda posted a photo of them together and sent an emotional message to Macron.

Kolinda wrote Macron's dedication in French, called him "sweet" in the post, and signed herself as his friend Kolinda. It is assumed that the photo was taken at the NATO summit in Brussels in 2018.

"Welcome to Croatia, dear Emanuel Macron! Welcome! I'm sorry I can not see you because I'm not in Croatia. I wish you a pleasant and fruitful visit. I wish you and the wonderful people of France all the best! "Your friend Kolinda," wrote the former Croatian president.

Croatian media write that Kolinda and Macron have known each other for a long time, together they watched the match Croatia-France in 2018 three years ago, when the World Cup was held in Russia. In that final match, France beat Croatia 4-2 to win the world football title. Then together in the rain they congratulated the champions and the runners-up after the match.

How your brain changes when you fall in love: 4 health benefits of love

Ohrid Mayor Pecakov celebrated Epiphany with thousands of people, and was positive on covid-19

Trajanov: We will reconsider the support for the Government if one constituency is not introduced within three months

If you have received three doses of vaccine, only two percent are the chances of ending up in hospital, says Dr. Isjanovski

INTERVIEW | Hristijan Stojanovski - Chris successfully climbs the verticals of international modeling: I am motivated by the opportunity to see and experience more of this world