PHOTO | Who is the controversial widow of the World Cup, who seduced the famous coach? 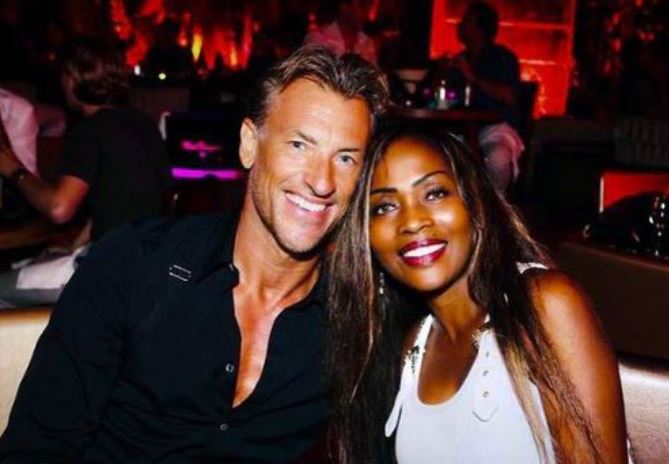 In addition to the World Cup in football, these days there is also talk about the head coach of the Saudi Arabian national football team who managed to beat Argentina in the first game. It's about Herve Renard (54), which is related to Vivian Dieu, the widow of the Senegalese coach Bruno Metsu, who died of cancer in 2013.

Renard and Dieu, who both had three children when they met, fell in love after Metsu's death, and the couple are rumored to be planning a wedding.

Vivian, who hails from Senegal, met her first husband in Italy, and interestingly, as their relationship developed, he converted to Islam.

She had three children with her first husband Enzo, Noah and Maeva, and is also stepmother to the fourth, Remy, from Bruno's previous relationship. After Metsu's death, she stated "that she can proudly say that she spent a wonderful decade by his side". Renard also has three children – Candace, Kevin and Audrey.

Candice, 25, is very famous in France, has appeared in numerous reality TV shows and was exposed to a vicious attack while her father was manager of Morocco. Namely, she was attacked after the match, during which various things were thrown at her from the stands, which made her father cry.

On the other hand, Renard is originally from France and as he once said, he never considered himself a particularly talented player, and his career was cut short after a knee injury in 1998.

He never dreamed that it would actually bring him much better success than ever, and after coaching he became more than a successful manager.

Like every athlete, Renard has his own little ritual. Namely, he is known in the public for an unusual belief, in question wearing a lucky white shirt when important matches are played.

Herve Renard: He worked as a cleaner, he is the "brain" behind the historic success of Saudi Arabia