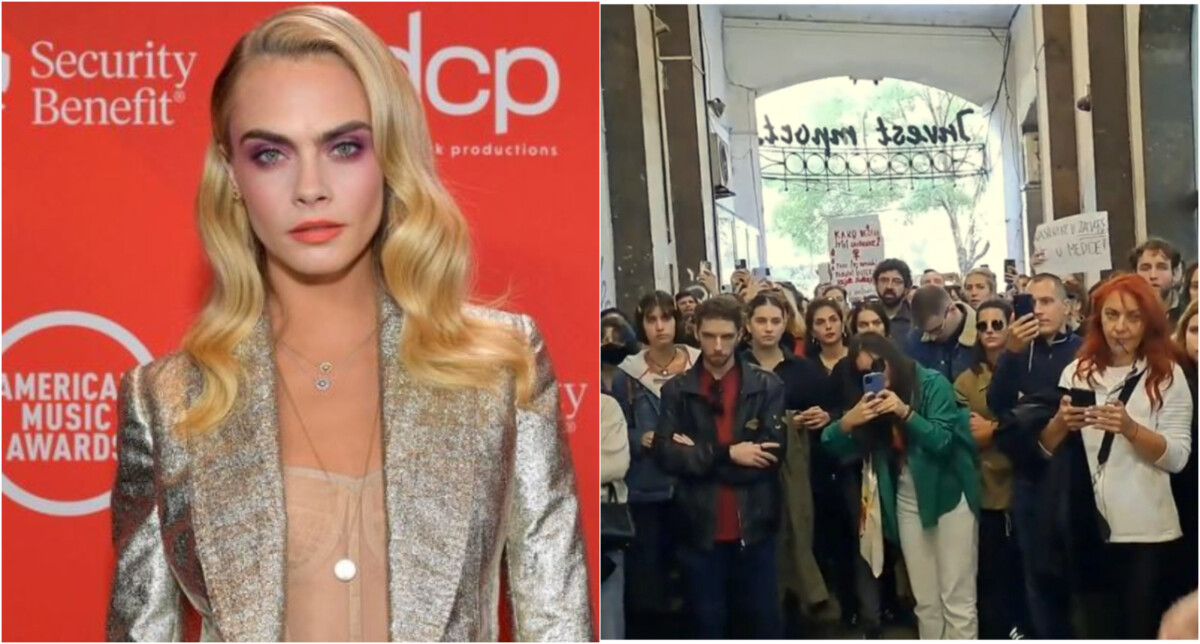 The supermodel Kara Delevingne, one of the most famous models in the world, supported yesterday's protests that took place in front of the editorial office of the Serbian tabloid Informer, and due to the publication of an interview with a serial rapist who was released after a 15-year prison sentence.

Cara Delavigne shared it on Instagram the video of the Serbian actress and activist Bojana Novakovic, who has been living and working in America и Australia.

In the video published by Bojana Novaković, a group of people can be seen in front of the aforementioned newsroom, but it also says that the police are guarding the entrance to the building.

"The police are defending the entry of the newsroom in Serbia that has just published a video with a serial rapist promoting the way he raped women," the video reads in English.

Cara Delevingne shared this video on her Instagram story. More than 42 million people follow her on this social network.

To recall, hundreds of demonstrators, most of them girls and women, protested yesterday in front of the editorial office of the tabloid "Informer" in the center of Belgrade, demanding responsibility from the owner and the editor for the published interview with a convicted serial rapist. They protested because of the published interview with Igor Milosevic, to whom the tabloid dedicated the entire front page of the new issue, in which he boasts that he has spent only three months in freedom since he was 14 years old.