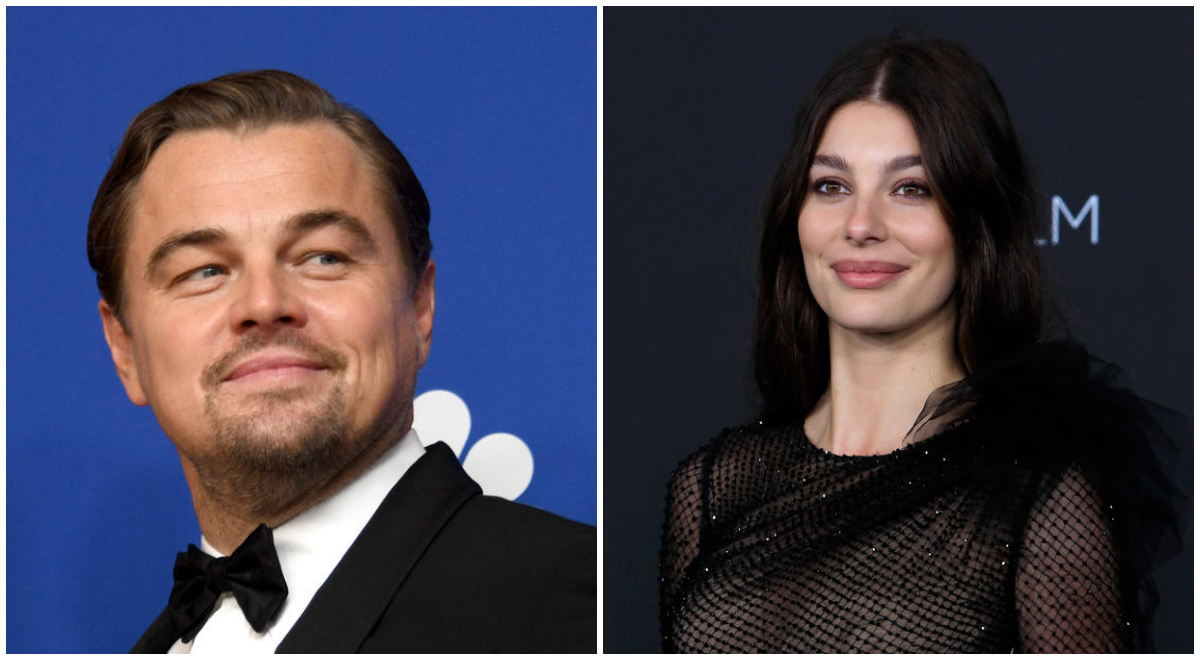 The model Camilla Morone was recently spotted by the vigilant paparazzi on the beach in Malibu, and this beauty paraded on the beach in a tiny white bikini and with a new hair color - orange, which is a really big change, considering that we have known her as a brunette for years.

Camila, who is undoubtedly one of the few natural women in the world of show business, boasted a flat stomach and a beautiful, seductive cleavage, but also showed that she has cellulite without a problem - and that does not make her any less sexy.

Otherwise, this is one of the rare situations when the paparazzi managed to catch a beautiful 25-year-old girl in a bikini. Let's remind, Camila is best known to the public as the girl who managed to "tame" him. Leonardo DiCaprio, the man who was considered Hollywood's greatest seducer. It is interesting that the actor has never actually dated a girl older than 25 years, and that information has even become an inert joke in Hollywood - he also mentioned Amy Schumer at the Oscars this year.

They started dating in 2017, when the model was only 19 years old, and 22 years later, Leonardo already celebrated his 41st birthday! But their acquaintance goes even further into the past – namely, Camila and Leonardo knew each other when she was a little girl, because the actor was friends with her stepfather. Al Pacino.

And while at the beginning of their relationship they could be seen together on exotic vacations and crazy parties, the more serious their relationship became, the less they appeared together in public. But despite this, the love of Camila and Leonardo became more and more intense and in December 2020, the couple began to live together.

Anne Hatch's family after the car accident: We don't expect her to survive, she will donate her organs

Mysterious death: An Albanian actor and his wife fell from the sixth floor in New York, having previously argued