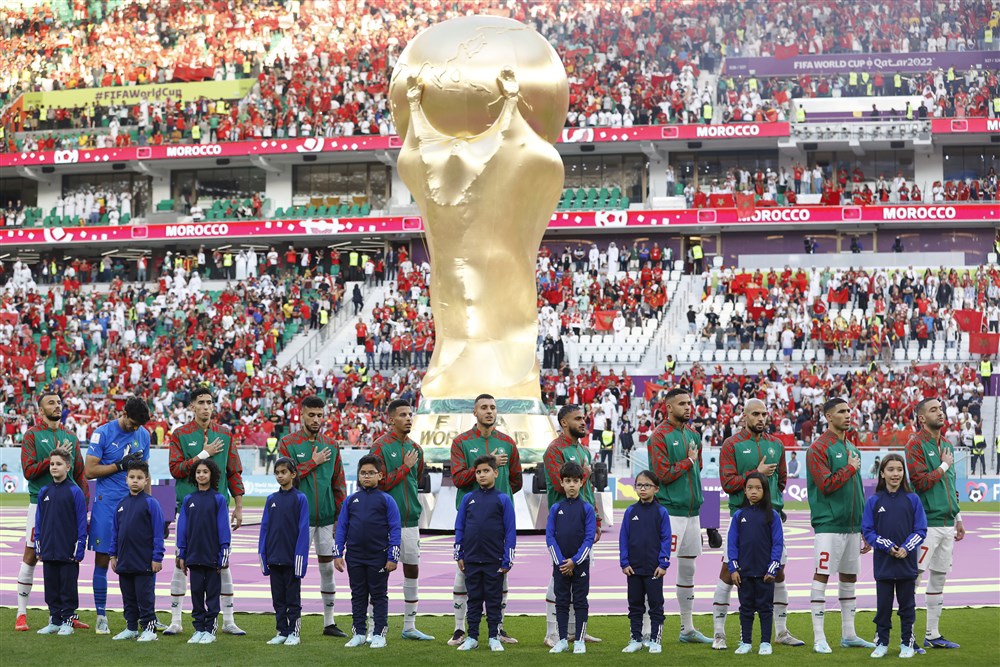 Hardly anyone noticed that Мароко replaced the goalkeeper just before the start of the match against Belgium on World Cup in Qatar.

Even though the goalkeeper was on the pitch while the Moroccan anthem was played Bono, Sevilla's goalkeeper, was replaced just seconds later by Munir, when there was a team photo.

Bono asked for a change just a minute before the start of the match, so Munir had to jump without any warm-up...According to the information, Bono complained that he was not well (as a result of the match with Croatia) and did not play the match.

Such situations are rarely seen, but everything is according to the regulations...

In the end, the Moroccans managed to triumph and score three big points against the Belgians (2:0).

But Munir started in goal for Morocco!

VIDEO | Kane made history, Tottenham won the derby with City

The new owner of United will have to settle a debt of 500 million pounds?

VIDEO | Fernandez scored an own goal, Mallorca shocked the "kings"

VIDEO | Etemi in great form, scored the ninth goal of the season

VIDEO | Half an hour for Elmas, the fifth win in a row for Napoli

Another Dane in Bitola: Eurofarm Pelister strengthened with a left back