PHOTO | Vardar fans impressed the journalist of "Lekip": They are amazing, the club has real gold in them 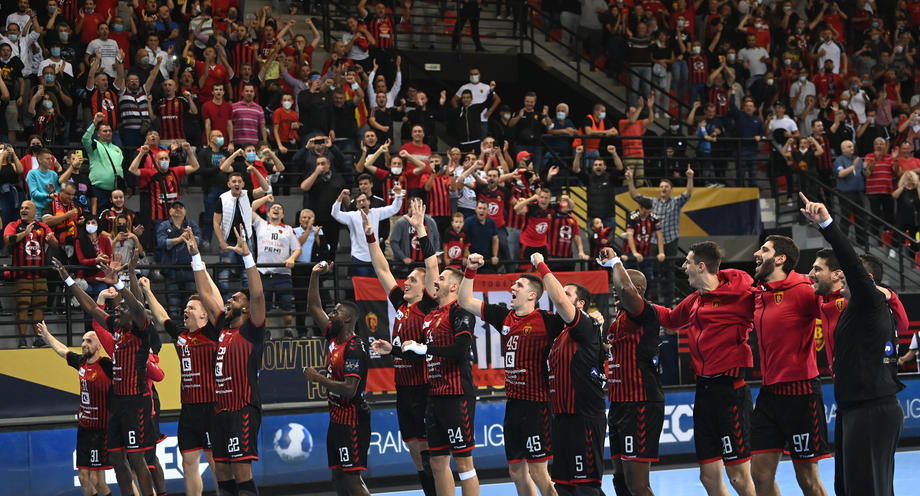 The audience is the eighth player of Vardar in SC Jane Sandanski / photo: EPA-EFE / GEORGI LICOVSKI

Yesterday, the handball players of Vardar suffered their first defeat in the Champions League, the "red and blacks" lost in front of their fans with 25:31 from Montpellier, and the journalists of "Lekip" are impressed by the atmosphere in SC "Jane Sandanski".

While the handball players of Montpellier were rejoicing at the victory over Vardar, The journalist of the most renowned French sports magazine "Lekip", Jan Hildwein, is impressed by the atmosphere in SC "Jane Sandanski" and by the fans of the "red and blacks".

- There is a lot of talk about the atmosphere in Skopje. I wanted to come and see that - "Lekip" journalist Ian Hildwein told us.

Although the hall in SC "Jane Sandanski" was not filled to the last place due to the decision of the commission for infectious diseases, the halls to be filled up to 30 percent of capacity, support for Vardar handball players was not lacking. The "Komites" and the other fans cheered the handball players during all 60 minutes and tried to help them make a turnaround, which unfortunately did not happen.

- It is a pity that the hall is not filled to the last place. The atmosphere is fantastic, the fans do not stop cheering. It would be nice to attend a competition when the hall is full to the last place - tells us the journalist of "Lekip" who was also impressed by the scene after the match when the handball players came to greet the "Komite" after which "Vardare champione" shouted in the hall.

- This is absolutely brilliant, fantastic. Vardar has real gold, those are the fans. Although the team lost, the fans remained in the hall to greet the handball players and sing together. "Really fantastic," commented Lekip journalist Hildwein.