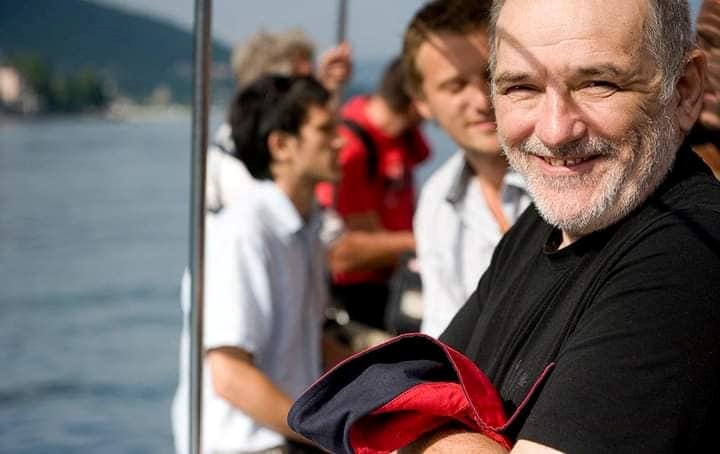 Petar Kursechner is a photographer who officially photographed Gjorgje Balasevic for many years. Today he published several photos that have not been published by the singer so far, with an emotional comment on his Facebook profile.

"Greetings to all! I am sending you some photos from Balasevic's concert, for which I was the official photographer for years. Jole was a very dear man, I experienced many beautiful things with him. I still can not believe that he is no longer between us… I hope you like the photos "

The photographer wrote in the announcement that he was always fascinated that each concert of the Pannonian sailor was different from the previous one. At each performance, Gjorgje Balasevic had a different presentation of his songs, each time intense and interesting.

"The concerts knew how to last and after 4 hours, he did not leave the stage, he talked, sang, enjoyed. "On one occasion, I think he was in Koprivnica, a woman in the front row wanted to go to the toilet, he interrupted the story, normally in his style for the woman to return to the chair quickly," said the photographer.

"Maybe it's better not to say that when I started working with him, I knew very little about his career and music. "But I fell in love with him and became a huge fan of him working at his concerts," the photographer told Index.hr.

- wrote, among other things, the photographer in the post.

Joke of the day: Love clothes

PHOTO | Baby number 2: Sarah Mace is pregnant, she boasted of an ultrasound photo

VIDEO | Real men, recognizable characters: Actors Kyle McLachlan and Jeff Goldblum with their debut step on the catwalk at Prada

Kanye's drama does not subside: Ex-girlfriend Amber Rose predicted this seven years ago

"Jelena and ковиokovi мај's mother do not agree": Did the drama in Australia further "shake" their relationship?