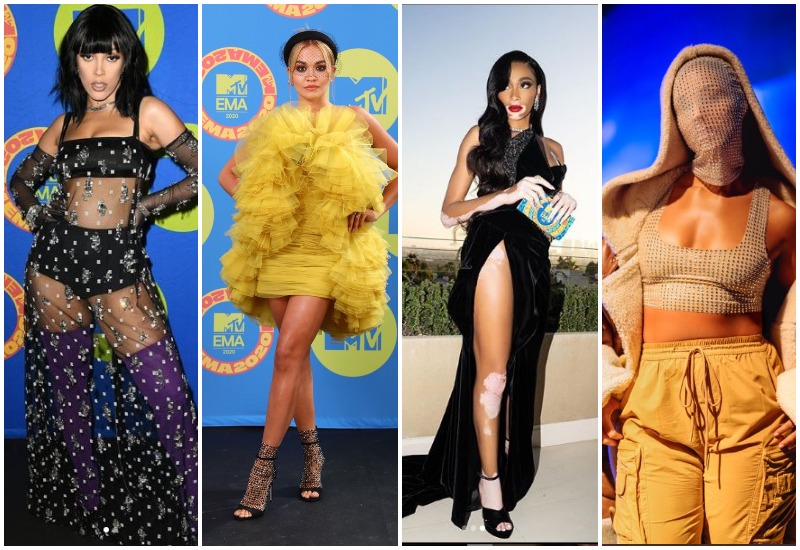 Since they were not centrally located in any city, the MTV Awards nevertheless managed to spread the entertainment around the world.

The European Music Awards (MTV Europe) were held on Sunday night at various locations - from London to Budapest, this time virtually due to the coronavirus pandemic. The physically distanced and pre-recorded event featured stars from around the world, while artists including Alicia Keys, Madison Beer and Zara Larson performed from Los Angeles, London and Canada.

Triumph of the K-pop band

The controversial Lady Gaga, despite having the most nominations, a total of seven, ended up with only one award - she was named best performer, and DJ Khaled was named best video for "Popstar", for many a favorite song in which Drake also appears. and Justin Bieber.

The scandalous rapper Cardi B triumphed in the category of best hip-hop, while the British band "Coldplay" won the award for best rock, and Haley Williams for the best alternative.

Colombian singer-songwriter Carol G was in a great mood as she collected awards for Best Latin American Act and Best Collaboration for "Tusa" with Nicki Minaj.

The ceremony was led by the members of the women's band "Little Mix", and the famous guests shocked with their stylings - completely in accordance with the tradition of this event. From modest to completely naked.

Singer Rita Ora opted for a dress with corners and tulle, and complemented the interesting creation with a ribbon and a black net.

Model Winnie Harlow shone in a tight, long dress, and revealed what the red carpet of the event, which was adapted to the measures of the coronavirus pandemic, actually looks like.

Madison Beer also found herself in the role of hostess, and the sexy creation of fashion designer Vivienne Westwood highlighted her perfect figure.

Alicia Keys, 39, decided to cover her entire face with a gemstone mask during her MTV Awards. The singer wore a glowing cannon, which was matched with a face mask while performing the emotional song "Love Looks Better".

Most of the music show was recorded in advance on November 1, and the ceremony took place in a virtual stadium. Alicia Keys performed her new song from Los Angeles, Maluma sang from her penthouse in Miami, while David Guetta left the stage built in a swimming pool in Hungary.