PHOTO | The "Dynasty" star ended up in an ambulance in Belgrade, describing what happened 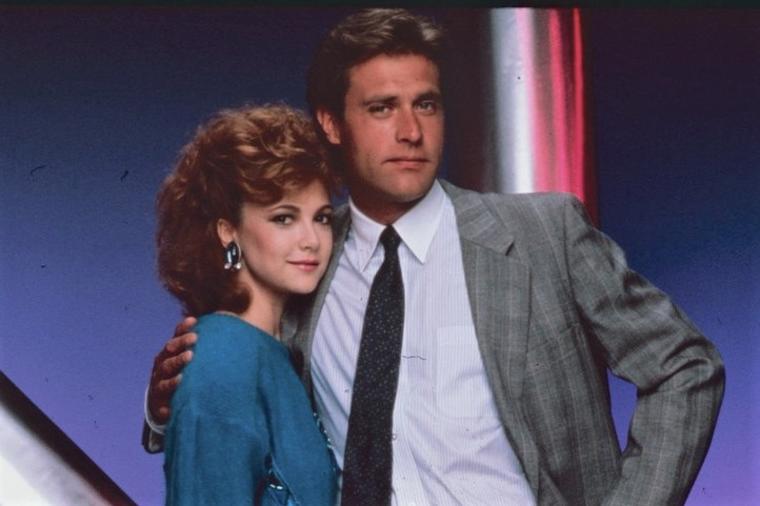 Actor John James, best known for his role as Jeff Colby in the legendary "Dynasty" series, ended up in an ambulance in Belgrade, where he is currently staying to shoot "My Son Hunter".

The actor was injured while entering a Belgrade restaurant.

He got in a little accident off set but all is okay. The show must go on! 🙏🏻https://t.co/resOxyUzMA

- I entered a restaurant and knocked on the glass door. I "earned" a huge cut above the eye and the bleeding was heavy. "I was shocked and went back to the Metropol Hotel, where I was staying, and then manager Nicolas Kalogeras took me to the hospital," James told The Daily Mail.

Although he was received in the emergency room in a crowded waiting room, James is very pleased with the treatment he received.

- It happened on Saturday night in the ambulance, and like everywhere in the world, it was a real madhouse, but everyone took care of me. "I got a few stitches so I could go back to filming," he said.

The plot of the biographical film deals with Hunter Biden, and James plays Joe Biden, Hunter's father and current President of the United States, while Hunter plays Lawrence Fox.

"In a way, this film reminds me a lot of 'Dynasty.' "It's a story about a father's love for his son, despite his flaws, but also a story about the inner workings of politics."

The film's director, Robert Davy, said the film was a depiction of Hunter Biden's life and the way he raised tens of millions of dollars from foreign entities owned by the oligarchs, as well as his controversial relationship with his father and other members of the Biden family.

Many still remember the time when they waited for the sequels of the cult series "Dynasty" and followed the intrigues of the rich Carrington family who "seduced" the whole world. And while the male audience sighed for Heather Locklear, Catherine Oxenberg or Pamela Sue Martin, women had their male favorites in one of the most popular soap operas of all time. Among them was John James as Jeff Colby.

Today he lives in Los Angeles with his wife, former Miss Australia 1978 Denise Cavard and their two children. Daughter Laura (Laura) won "America's Next Top Model" in 2012 and followed in her father's footsteps. She appeared in the movie "Hello Ladies".

Fake romance: Brad Pitt is not in a relationship with Like Lee, he has not seen her for years

Together again? Chris Knott spotted with his estranged wife for the first time since the allegations

It's not all about the money: George Clooney and Brad Pitt accept roles for less money for new joint film

PHOTO | Stealing money: Kim Kardashian with her new boyfriend at dinner at Bezos