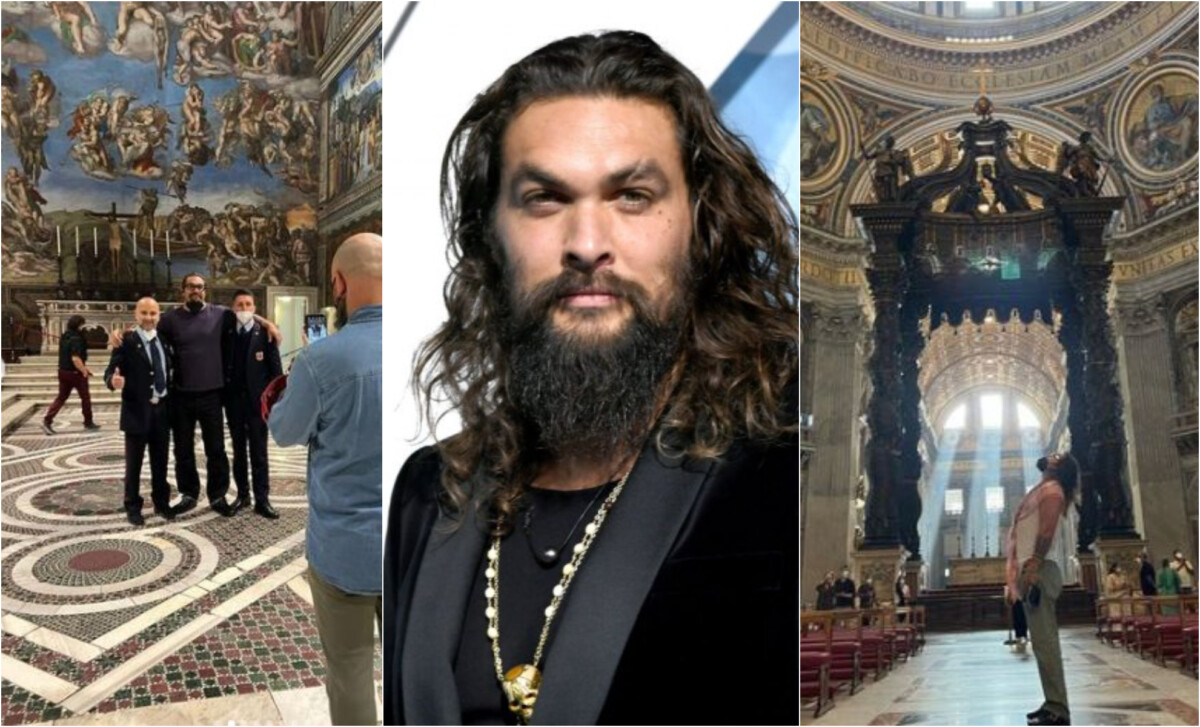 The star of Aquaman, the actor Jason Momoa was in Italy for the filming of "Fast X", the tenth part of the movie saga "Fast and Furious", so last week he posted photos of The Sistine Chapel, for which he apologized given that photography there is prohibited.

On May 9, Momoa posted a photo in the magnificent chapel of Michelangelo's frescoes adorning its walls and ceilings. Under the photo he wrote: "I love you Italy, what a nice start to a day off in Rome." But disgruntled fans soon reminded him in comments that visitors were not allowed to take photos or videos in the Sistine Chapel.

Because of that, Momoa released a video of an apology recorded in the gym on Saturday.

"This is my last day in Rome and I just love you and Italy. "If you thought I did not appreciate your culture, believe me it was not my intention."

The actor explained that, after his arrival at the chapel, the fans wanted to take a photo with him, to which he agreed.

- I asked for permission, thinking it was right. I would never do anything to show disrespect for someone's culture. I'm sorry if I did. "It was not my intention," Momoa said.

His video of his apology on Sunday morning had almost 3 million views.

New chapter for the famous actor: Jason Momoa will become part of the "Fast and Furious" family