PHOTO: Members of the Union of Veterans and MP lay flowers at the monument to Tito in Bitola 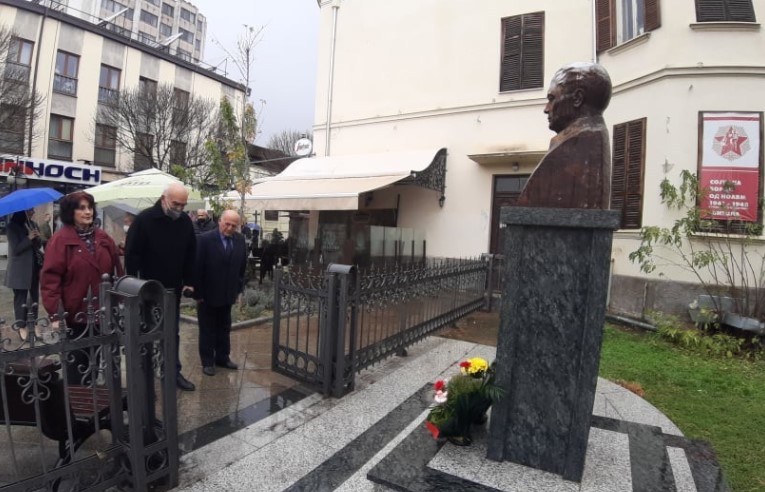 Representatives of the Union of Veterans and MP Bisera Kostadinovska-Stojcevska lay flowers at the monument to Tito in Bitola / November 29, 2021 / photo: TV Terra

Representatives of the Union of Fighters and SDSM MP Bisera Kostadinovska-Stojcevska today laid flowers and bowed in front of the monument of Josip Broz Tito on Shirok Sokak, local television reported Terra.

November 29 in socialist Yugoslavia was celebrated as Republic Day, when Macedonia was part of the joint state of SFRY.

On this day in 1943 in Jajce began the Second Session of AVNOJ, at which Josip Broz Tito was proclaimed Marshal of Yugoslavia.

The Day of the Republic, when Macedonia was recognized as a state for the first time, and it is counted as an equal member of the future federation, was celebrated until 1991 and after the break-up of Yugoslavia. The holiday then ceased to be officially celebrated in all countries that emerged from the former SFRY.

The driver is to blame for the bus accident, Bulgarian investigators have concluded

Kovacevski also met with Borisov: Use the initiated process to restore trust