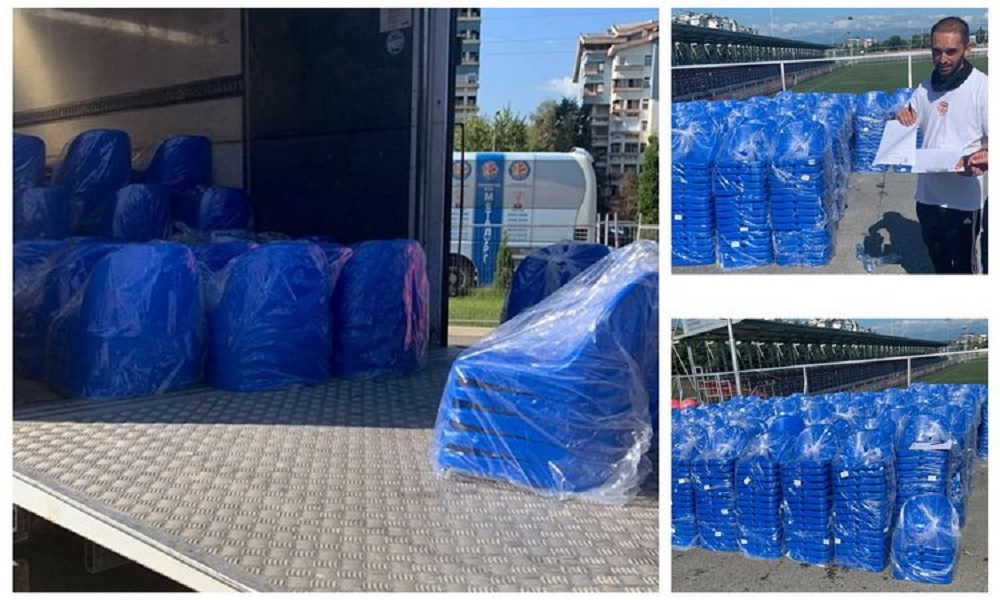 In the next phase, an additional 500 seats will follow, which will be used after the construction of the new stand at the stadium under the Isar.

FC Bregalnica today officially received the donation from the Football Federation of Macedonia and the Municipal Football Union - Stip for the first part of the reconstruction of the stands of the City Stadium in Stip.

The "blue" from Stip, as part of the first donation, received 500 chairs that will be placed on the tribune before the start of the new season in the Second League - East.

In the next phase, an additional 500 seats will follow, which will be used after the construction of the new stand at the stadium under the Isar.

- The realization of the promise about the complete infrastructural refreshment of our stadium follows. Thanks to the Municipal Football Union and the Football Federation of Macedonia for the donation with which the stadium will get a new look and all our fans and football fans will have far better conditions for watching the club's matches.

In the future, of course, the additional activities for completion of the City Stadium in Stip continued - are the words of the Executive Director of Bregalnica, Emil Todev on the club site of FC Bregalnica.

The team of Dobrinko Ilievski, meanwhile, continues the preparations for the start of the new season. In the 1st round, already on Saturday, Bregalnica is a guest of Sasa in Makedonska Kamenica.