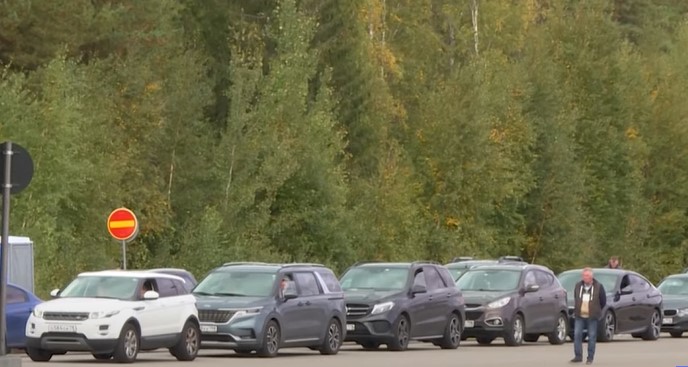 Finnish authorities have announced that they will "significantly limit the entry of Russian citizens" at the border with Russia, after the number of crossings from the Russian side to Finland increased sharply following orders from the Russian president. Vladimir Vladimirovich Putin for partial military mobilization.

Citing "serious damage to Finland's international standing", the Committee of Ministers for Foreign and Security Policy also concluded that new visas will be limited, the Finnish government said in a statement.

The number of Russians entering Finland has doubled since Moscow announced mobilization for the war in Ukraine, the spokesman for the border agency told the AFP news agency.

On Thursday, the Finnish Prime Minister Sana Marin said that "tourist travel by Russians must be stopped, including transit through Finland."

Finland has asked the European Union (EU) for a decision to limit visas for Russians, but Finland's foreign minister said on Wednesday that "it cannot be guaranteed that this will happen quickly".

The Baltic states of Latvia, Estonia and Lithuania, which border Russia, have already tightened their own visa rules, leaving Finland as Russia's last EU neighbor where people with Schengen visas can enter.

After the strong storm, a state of emergency was declared in Ischia