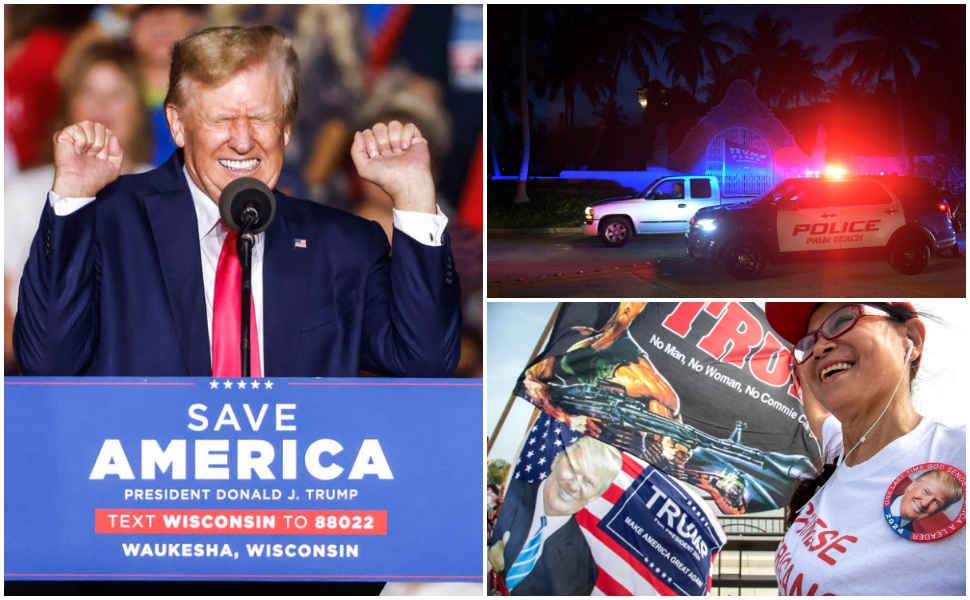 The US Department of Justice is investigating Trump for possible violations of the Espionage Act and other offenses after the FBI discovered classified documents at Trump's Florida home / Photo: EPA

The Federal Bureau of Investigation and the US Department of Homeland Security have warned that federal security agencies are facing increased threats after the FBI raided the former president's home last week. Donald Trump.

The agencies issued the warning this weekend in a brief statement, following a court-authorized search last week of Trump's Florida home, the exclusive Mar-a-Lago residence and golf club.

As FBI agents searched there, the former president took to his Twitter platform Truth and announced that "my beautiful home, in Palm Beach, Florida, is currently under siege, raided and occupied by a large group of FBI agents."

"This has never happened to a US president. Lawlessness, political persecution and witch hunts must be exposed and stopped," Trump wrote.

In his only comment on the search, Garland said yesterday that the attacks were "unfounded" and that "the people who work at the FBI and the Department of Justice are dedicated, patriotic public servants."

Ray said threats against law enforcement "should deeply concern all Americans" because they "undermine respect for the rule of law and do a disservice to the brave service members who make the ultimate sacrifice to protect others."

Last week's attack in Cincinnati, Ohio, when a gunman tried to drive a car into an FBI office, is one such example, according to an FBI brief. The person later tried to escape and was killed by the police.

Over the weekend, a small group of armed Trump supporters protested outside an FBI office in Phoenix, Arizona. The protest was peaceful without incident.

The US Justice Department is investigating Trump for possible violations of the Espionage Act and other offenses after the FBI discovered classified documents at Trump's Florida home.

As part of the investigation, the agency is looking into three federal crimes as part of the Trump investigation: violating the Espionage Act, obstruction of justice and improper handling of classified documents.