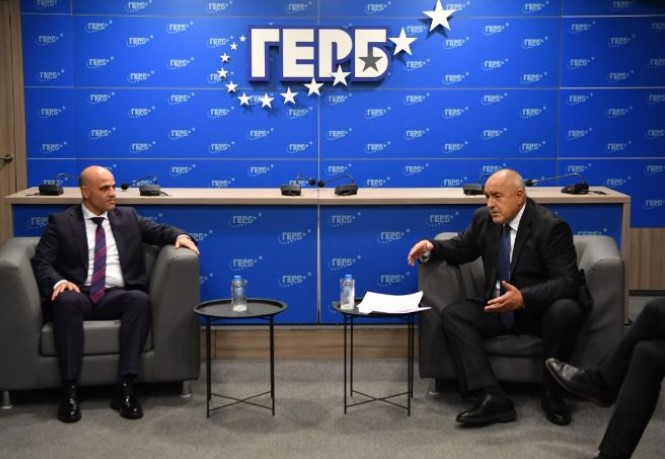 At the end of the official visit to Bulgaria, the Prime Minister Dimitar Kovacevski was received by the leader of the Bulgarian party GERB, Boyko Borisov.

The meeting on the Bulgarian side was attended by two former foreign ministers, Ekaterina Zaharieva и Daniel Mitov, as well as former Deputy Prime Minister Tomislav Donchev, said the MIA correspondent from Sofia.

At the beginning of the meeting, Borisov mentioned the role of Bulgaria in restarting the European integration process in the Western Balkans, which began during the Bulgarian presidency of the EU Council in 2018.

He also said that the entire democratic western world accepted the signing of the Friendship and Good Neighbor Agreement between Bulgaria and Northern Macedonia in August 2017 by Borisov and the former Prime Minister. Zoran Zaev.

During talks with the Macedonian delegation, led by Prime Minister Kovacevski, Borisov said Skopje should not delay key topics until the end.

- That was our mistake. Important issues related to the history and language of hate should be addressed immediately. Grab the bull by the horns. Solve them immediately, said Borisov.