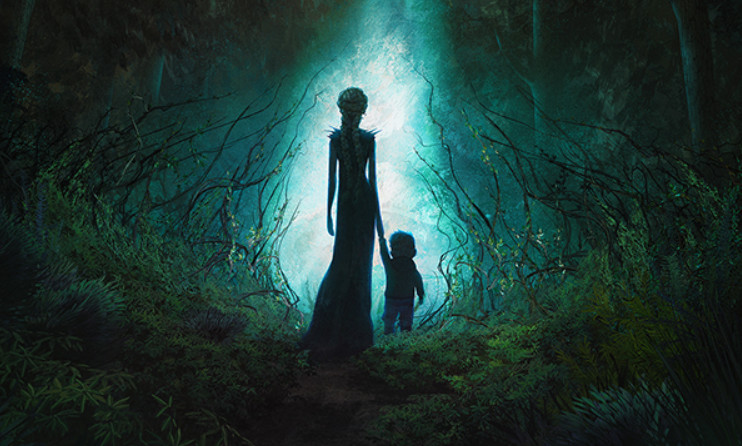 If the older generations were in love with Jim Henson's "Labyrinth", then the newer ones will fall in love with "Wildwood".

The adaptation of the novel by Colin Melloy, illustrated by Carlson Ellis, will be directed by the president and CEO of the animation studio, Travis Knight.

LAIKA animation studio has just announced its next project - a stop-motion adaptation of the novel "Wildwood" by Colin Melloy, lead singer and songwriter of The Decemberists.

In April this year, the news spread that the animation studio plans to enter the waters of feature film for the first time, through the production of the adaptation of the novel "Seventeen" by the author John Brownlow. However, it is clear that "LAIKA" does not give up the original passion - animation.

If the older generations were in love with Jim Henson's "Labyrinth", then the newer ones will fall in love with "Wildwood"

"Wildwood" is a fantastic story that takes place outside the city of Portland, where no one should dare to go. The story follows a young girl, Prue McKill, whose little brother is abducted by a flock of ravens.

Together with his helpless classmate Curtis, Prue enters the enchanted forest in search of his brother, hoping to save him and bring him back. Prue may believe she is too old for fairy tales, but she will find herself in one of them. This is a world filled with strange talking animals, robber gangs, and powerful dark figures.

The director's baton is in the hands of Travis Knight

Although the details of the animation are limited at the moment, it is known for now that the adaptation of the novel "Wildwood", illustrated by Carlson Ellis, will be directed by the president and CEO of "LAIKA", Travis Knight.

His career has seen success such as "Cubo and the Two Strings", which earned him an Oscar nomination and the great Transformers prequel "Bumblebee", while the film will be directed by multiple Oscar nominee Caleb Deschanel, whose name stands. behind the cinematography of films such as "The Right Stuff", "Patriot", as well as the first part of "National Treasure".

The studio "LAIKA" today is one of the most ambitious animation studios, and among the series of stop-animations that celebrated the studio are "Coralline", "ParaNorman" and "Missing Link" - visually exciting adventures that with their amazing sets awaken the imagination of the audience regardless of age.

The world owes Yoko Ono an apology: New details revealed in Beatles documentary "Get Back"