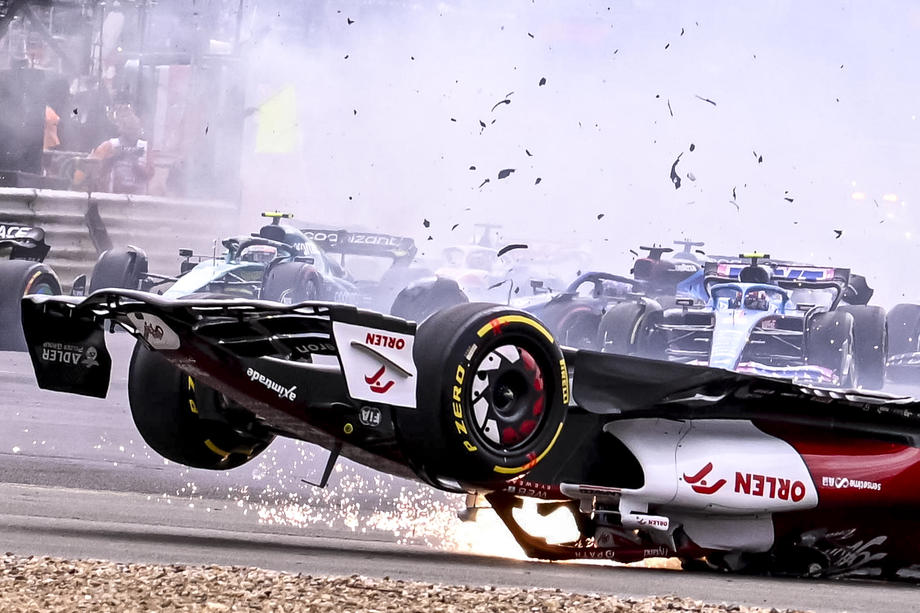 The driver of the Alfa Romeo came out unscathed from the terrible crash in Britain that could have cost him his life. He announced that he wants to drive at the GN in Austria this weekend

Alfa Romeo driver Zhou Guangyou had a spectacular crash on the first lap of the F1 British Grand Prix at Silverstone.

His car ran off the track, overturned, slid upside down at high speed for a while, and then was thrown over the fence.

After the horrible sight, everyone thought that Zhou would have a hard time, but he was completely unharmed. After the race, he said that the so-called "halo" above the cockpit saved his life.

The next race is in Austria and since the doctors found no injuries, he sent a message through social networks that he wants to race at the Red Bull track.

– I want to thank the officials and the medical team at Silverstone. They were fantastic. See you in Austria - said the Chinese.

The Red Bull race in Austria is scheduled for next weekend.