Ezra Miller goes to treatment: Sorry for everything 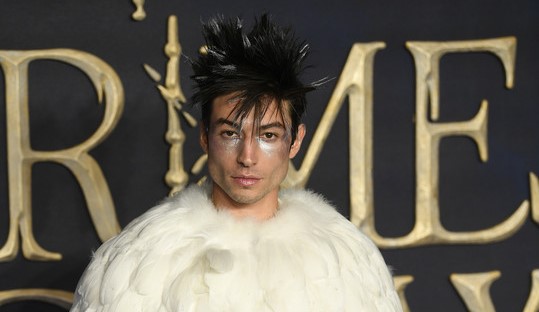 The actor Ezra Miller publicly apologized for his more than inappropriate behavior that filled the media pages for the past two years and admitted that he had begun treatment for "complex mental problems".

In a statement given by his media representative for "Variety” on Tuesday, the 29-year-old non-binary actor apologized for everything he did.

"I recently went through a time of intense crisis, now I understand that I have complex mental health issues and I have started treatment," Miller said. "I want to apologize to anyone I have upset because of my past behavior. "I am committed to doing whatever it takes to get back to a healthy, safe and productive stage in my life," the statement added.

Miller's current role as The Flash in the DC Comics superhero universe, including
upcoming lead role in the character's first standalone film, was overshadowed by allegations of his
behavior in private life in the last two years.

Most recently, Miller was charged with burglary in Vermont last week after state police
investigated an incident in which several bottles of alcohol were allegedly taken from a home in Stamford in May. Miller is scheduled to appear in Vermont Superior Court on September 26.

The actor was also arrested twice earlier this year in Hawaii, first for disorderly conduct and harassment at a karaoke bar in March, and then for second-degree assault less than a month later. In the first case, Miller pleaded not guilty to any count of disorderly conduct and paid a $500 fine, while the harassment charge was dismissed. In the other case, Miller was released without charge.