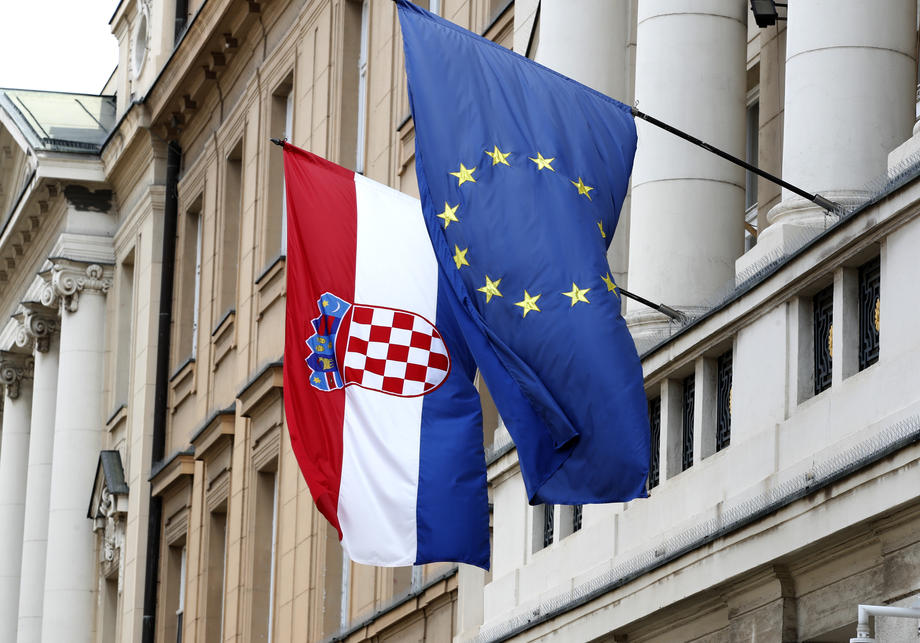 The flags of Croatia and the European Union / Photo: EPA-EFE / ANTONIO BAT

Today, the European Parliament in Strasbourg supported Croatia's accession to the Eurozone with a large majority of votes.

The European Parliament, with 539 votes out of 632 representatives present, 45 against and 48 abstentions, accepted the report on the introduction of the euro in Croatia on January 1, 2023, in which it is assessed that Croatia meets all the criteria for entry into the eurozone.

Before the admission of the EU member, the European Parliament gives an opinion on the recommendation of the Commission, and the last step will be the adoption of the proposal at the meeting of the Economic and Financial Council of the EU on July 12. Previously, Croatia's entry into the Eurozone was supported by the European Council.

From next year, the euro will become the official Croatian currency.