European political community: It does not matter if it is "second league", it is more important that we are in the game 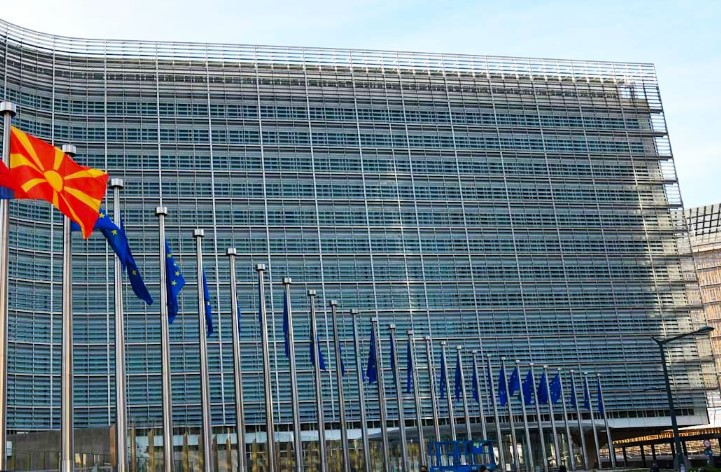 This is no longer just Macron's idea, it was also supported by Scholz and I think the questions about whether we should participate have been removed. We, as a country that joined the EU's foreign policy, should certainly be at the table, says Simonida Katsarska, director of the Institute for European Politics.

The Prime Minister Dimitar Kovacevski is among forty-two heads of state and government, who received official invitations from the President of the European Council and the Czech Presidency to participate in the first meeting of the European Political Community (EPC) to be held on October 6 in Prague. The meeting will be attended by the 27 member states of the Union, Macedonia, Armenia, Azerbaijan, Bosnia and Herzegovina, Georgia, Kosovo, Liechtenstein, Moldova, Montenegro, Norway, Serbia, Switzerland, Turkey, Ukraine and the United Kingdom.

According to statements from the European Union, the purpose of the EPZ is to create a platform for political coordination for all countries of the broad European continent, to enable them to coordinate and communicate on all topics of common interest to ensure stability and security on the continent.

When the president Emmanuel Macron during the French presidency of the Council of the EU, he presented the informal document proposing the establishment of a "European political community" by the end of this year, open to all European countries that want to contribute together to the security, stability and prosperity of the European continent. the dilemma immediately arose whether we should be part of such a community.

The president of the opposition VMRO-DPMNE Hristijan Mickoski even then he said that we should completely reject the invitation to join this community and, using football jargon, he said that we should not be satisfied with the "second league", but our place is directly in the elite. That is, as he said, "Macedonia should be in the top five, not in the second league."

The Prime Minister and SDSM leader Kovachevski was rather reserved on this topic at the time and said that the membership in this union will not drag out the negotiations for joining the EU, but can be beneficial for us as a country with ambitions to become part of the EU.

According to Simonida Kacarska, director of the Institute for European Politics, the European Political Community is still a nascent project and the clear outlines will probably be drawn in Prague at the upcoming meeting organized by the Czech Presidency.

"This is no longer just President Macron's idea, it was also supported by German Chancellor Scholz and in that context I think the question marks have been removed as to whether we should participate or not." We, as a country that joined the EU's foreign policy, should certainly be at the table, although, I will say again, it is not yet clear what the direct benefits would be from the project itself," Katsarska told "Sloboden". stamp".

According to her, we, as a country acceding to the EU, must use all opportunities to be at the same table with the leaders of the member states of the European Union, although it is legitimate to ask questions whether some of these projects could be some form of replacement, temporary or permanent in relation to EU membership, given the prolonged accession process we have.

"However, here probably our position, of the entire region, should be in the context of what Macron has said several times, that in the context of the Western Balkans, this should not be seen as some kind of alternative if this question is raised," Katsarska adds .

Experts and diplomats are unanimous that the purpose of the EPZ is not to replace the existing organizations, structures and processes of the EU, and it does not plan to create new ones, therefore, neither formal declarations nor formal conclusions are foreseen at the end of the Prague summit.

According to the announcements, security, energy, climate, economy, migration and mobility will be discussed at the plenary session and at the round table of the meeting.

VIDEO | The residents of Shanghai are "over the head" of China's covid-policy, they decided to protest