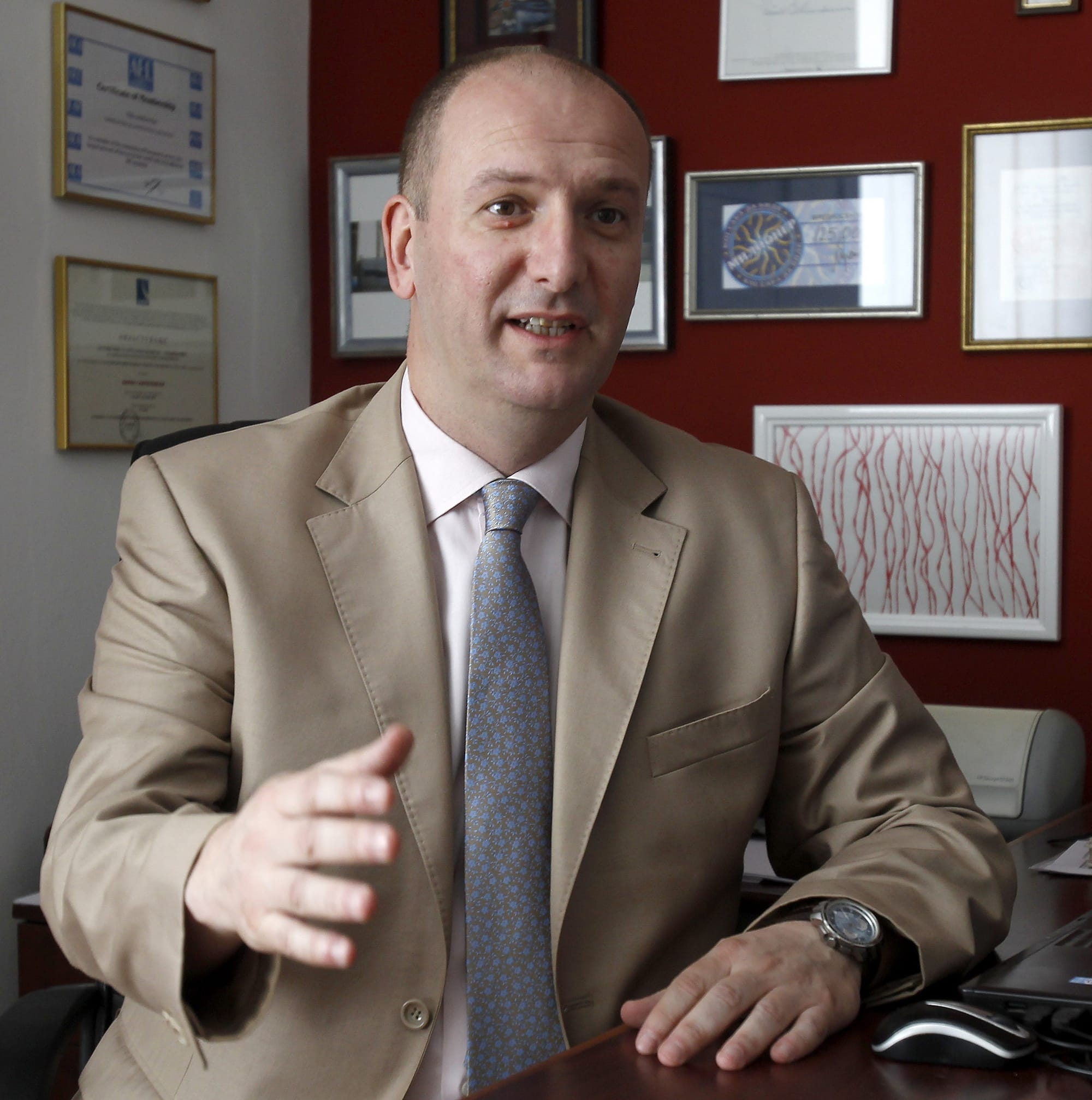 Time will tell whether the EU will be able to reunite or move in the direction of disintegration, with consequences that small and insignificant countries, such as Macedonia, will feel most on their backs.

What exciting times we live in. We are witnessing a change in the world order and the establishment of a new one in which the roles of the main world protagonists will be changed. The United States is slowly losing its primacy as the sole world power after the fall of communism and the collapse of the USSR, and China, the world's most populous nation, is trying, step by step, to take first place in the world rankings. According to the number of inhabitants, it has been taken over a long time ago, but economically, politically and militarily it is still not no. 1. It may not happen in our lifetime, but the process of stagnation and decline of the United States and the rise of China is irreversible and its outcome is clear to anyone, even an amateur interested in the development of world politics.

The only unknown in this equation is the time factor. During this battle of the Titans, the younger ones try to gain some benefit for themselves and to some extent retain some of their sovereignty. Russia, which has long been no world power on the international stage, no matter how much it wants to present itself as such, can only be ranked as a regional factor (in this case of destabilization). Its unilateral decision to invade Ukraine and bring the world to the brink of World War III, the crisis caused by the covid-19 virus that has paralyzed the world for almost two years and resulted in an unprecedented economic crisis are the factors influencing the collapse of the world order. as we know it and the beginning of a new one, which will undoubtedly sprout from its ruins.

During this time, another regional factor, embodied in the European Union, is trying to catch up with the new situation. Unfortunately, unsuccessfully. With the withdrawal of the United Kingdom from the Union, the myth of the most desirable economic and political community of nations was shattered. Brexit showed that someone wants to leave the Union, not just join it. Britain's withdrawal from the Union meant its weakening both economically and politically. Although Britain pursued an autonomous policy within the Union, its departure upset the balance it had struck as a kind of corrector between the policies of the other two most important EU members, Germany and France.

While the results of the Brexit were still being summed up, the world was hit by an unprecedented pandemic, which ravaged hundreds of thousands of lives for more than two years, many of them in the European Union. The Union failed to cope with the global crisis and failed the test of one of the basic tenets of the community, which is solidarity. The overcrowded health facilities of some of the member states did not sound the alarm in others, so that they could provide treatment on their territory as well. In contrast, member states selfishly guarded their hospitals, aspirators, and medicines only for themselves and their citizens. I believe that the pandemic would have ended with fewer lives lost, if the Union had acted alone and in solidarity.

The paralysis caused by the pandemic caused a huge economic crisis, which only deepened with the beginning of Russia's invasion of Ukraine, growing primarily into an energy crisis. Russia has rudely exploited the situation of a major supplier of gas and oil to EU countries and is trying to bring the Union to its knees by reducing the supply of these fuels and changing the terms and methods of payment. The first indications of this come from the Union's disunity for how Russia should be treated. Some member states, such as Hungary, even had reservations about Russia's political criticism and condemnation of the aggression against Ukraine, while others, such as Germany, which met much of their energy needs from Russian sources, had reservations about economic sanctions. which the Union was to introduce to Russia.

And the Union does not seem to be from here, as if it does not know what is happening to it. Significantly weakened after leaving the United Kingdom, torn apart by a number of issues affecting the most essential tenets of democracy, caused by the autonomous conduct of foreign and domestic policy by some member states, primarily Poland and Hungary, which are ruled by almost semi-authoritarian regimes. , The Union failed to manage and perform united on the world stage.

Enlargement with the Western Balkans as a very important part of its regional and international policy is also experiencing not only stagnation but also setbacks. The countries that started the negotiations, Serbia-Montenegro, have been stagnant for a long time and do not open new chapters. Serbia, which has special relations with Russia, has been asked to align its foreign policy with that of the Union, although even some EU member states have not done so. Kosovo, although it has been asking for it for a long time, has not yet received visa liberalization, and Bosnia and Herzegovina has candidate status.

The situation with Albania and Macedonia is really on the verge of scandalous behavior and only of one member state of the Union, Bulgaria, which, abusing its membership, tries to resolve the frustrations it has towards us, and it is neither guilty nor obligatory, in holding Albania hostage, but also other member states of the Union. Emanuel Macron's recent attempts to "resolve" the Bulgarian veto problem resulted in the fall of the government in Sofia and the possible formation of a pro-Russian parliamentary majority. The triumph of Macron and Varhei, caused by the fact that the Bulgarian Parliament still accepted the so-called "French proposal" is clouded by the statement of the Prime Minister of the "Northern Macedonians" Kovachevski, who made it clear in Brussels that the proposal in this form is not acceptable to the political leadership. , as well as for the citizens of Macedonia, due to the fact that the Bulgarian framework also includes the Bulgarian demands, which, as a rule, should be resolved bilaterally.

The crisis caused by the Bulgarian veto is only the last nail nailed to the coffin of European unity. The European Union has failed to organize in "peaceful" conditions, to absorb all the countries of the Western Balkans, which would complete the process of accession of new countries and could further begin the process of internal reorganization and unification, which would lead to a politically and economically truly united Europe and would create the conditions for the formation of a European armed forces.

If all this was done on time, that is, if European strategists were able to predict the crises that occurred in the past two years and before they appeared resolved all, or at least most of the open issues, the global crisis would take another course. On the border with Russia, there would be a strong united and militarily and politically stronger Europe, which would not allow such disparagement as what is happening to it now. Lack of leadership and vision, but also the various influences from the external factor aimed at its disintegration, proved to be the main obstacles to that.

Now, in from, the open issues will be much more difficult to resolve, and the risk of deepening the division is real and expected. Time will tell whether the EU will be able to reunite or move towards disintegration, with consequences that small and insignificant countries, such as Macedonia, will feel most on their backs.

Don't hide behind the people

Macedonia needs leadership, not a referendum

Membership negotiations with a gun to the back of your head