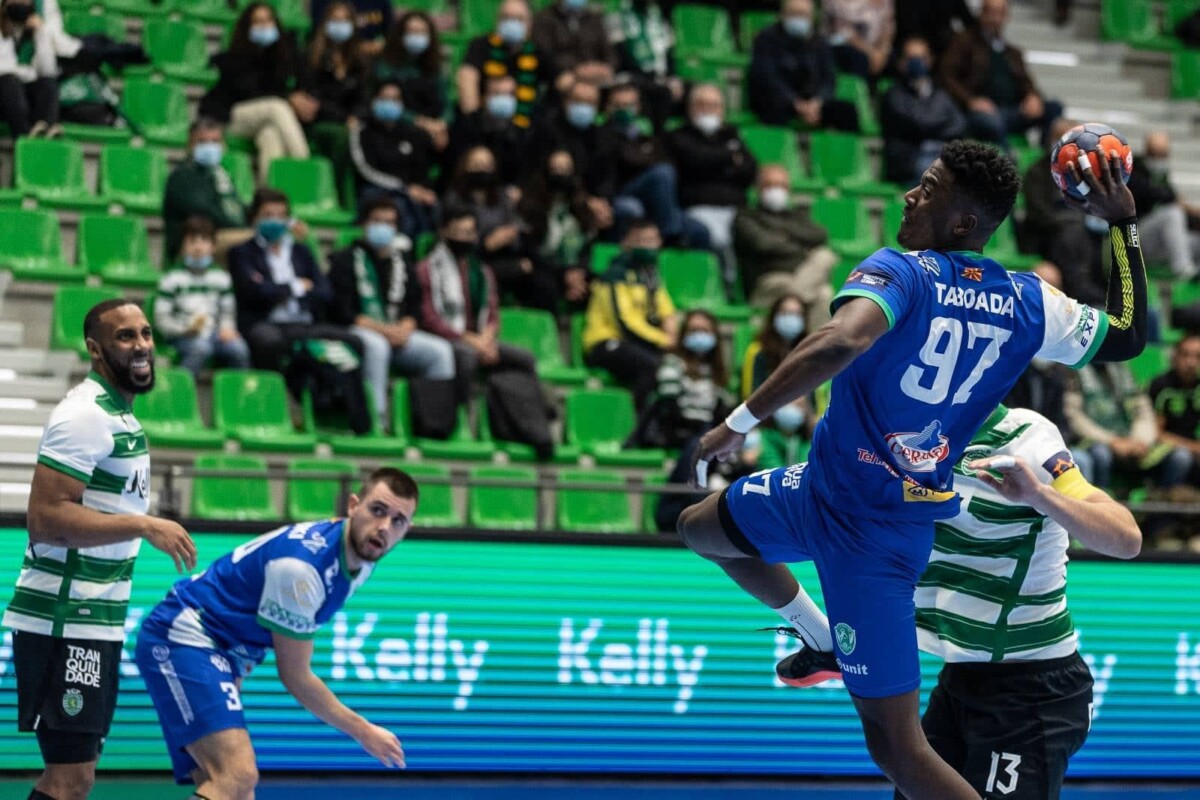 The handball players of Eurofarm Pelister played only 27:27 on the road against Sporting Lisbon in the fifth round of the Europa League, although they had the victory in their hands.

The team from Bitola entered in the last minute with an advantage of one goal and an attack, but the mistake cost them victory, and climbing to the top of the table in group D.
After five rounds, E. Pelister is third in the table with six points, while Sporting and Nimes are at the top with one point more.

The home team scored the first goal of the match through Antonio Suarez, but Europharm Pelister with the two goals of Taboada and Christmas Pavletic took the lead with 1: 3. In the ninth minute with the goal of Peric, Bitola took the lead with three goals difference (2: 5).
In the following period, the game was played goal to goal, and in the middle of the first part, Sporting with a series of 3: 1 came to an equalization of 9: 9.

The answer of E. Pelister had two goals through Bojan Madzovski and managed to keep the advantage of two goals until the end of the half. In the first half, the goalkeeper Marton Sekelji was excellent with six saves, while in the attack, Taboada and Gradzan scored three goals each.

The start of the second half was similar to the first, the home team scored the first goal, but the result was controlled by Bitola. In the 33rd minute after the goal of Christmas Pavletic, E. Pelister again gained a three-goal advantage (16:19), and in the 40th minute after the goal of Christmas Pavletic took the lead for the first time with four goals (19:23). The citizens of Bitola had several chances to reach a five-goal advantage, but the missed penalty of Peric and the defended shot of Gradzan, Sporting reduced to 47:22 in the 24th minute. Mandalinic interrupted the series of the home team and brings E. Pelister at 22:25.

The handball players of Sporting did not give up, and in the 52nd minute they came to only one goal negative 24:25 after the goals of Shengart and Tavares.
Zeljko Babic called a time-out to stop the attack of the home team, but the long attack ended with a blow to Taboada's post.

On the opposite side, Fontes scored a goal to equalize 25:25 and maximum uncertainty in the last five minutes of the match.

Mandalinic returns E. Pelister in the lead (25:26) in the 56th minute, Sporting made a breakthrough in the next attack, and Mandalinic with the second goal in a row brings a two-goal advantage to Bitola.
Sporting reduced the penalty to 26:27 after Taboada committed a foul.
In the 58th minute, Mandaliniќ's shot was saved by Skok, but Sporting made a breakthrough. In the last minute, Bitola entered with an advantage of one goal and one ball, but the mistake in the attack was used by Shengart who hit the empty goal of E. Pelister leveled the score. Peric shot in the last second but his shot ended above the goal.

Rainier Taboada with seven goals was the most accurate in E. Pelister, Stipe Mandalinic scored five goals, Josip Bozic Pavletic four, while Marton Sekelji had eight saves on the goal. In the home team, Shengart and Carlos Ruesga scored six goals each.
In the next round which will be played in seven days, E. Pelister in Bitola welcomes tonight's opponent.