The EU has agreed: This is what all chargers for electronic devices should look like 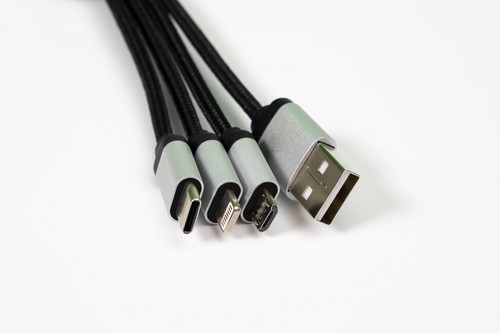 Member States of EU today agreed on a common position on the use of a single charger for electronic devices, on the basis of which will negotiate with European Parliament for the final text of the law.

The joint position, agreed by the ambassadors of the member states to the Permanent Representatives Committee (Coreper), is a mandate that allows the Presidency of the Council to enter into negotiations with the European Parliament once Parliament has agreed on its position.

USB-C is becoming the universal charger in the EU

On September 23 last year, the European Commission proposed a solution for charging electronic devices such as mobile phones and tablets, which should all have a USB input slot type C, which is a key step for the final introduction of a universal charger.

The commission proposed an amendment to the directive that USB Type C should become the standard charging port for smartphones, tablets, cameras, headphones, portable speakers and handheld video game consoles.

The unique USB-C slot will allow consumers to charge devices with the same USB-C charger, regardless of the brand of the device.

The proposal envisages the sale of chargers separately from electronic devices, which means that when buying a new device, a new charger will not necessarily be included. This should reduce the amount of electronic waste.

A common solution for charging electronic devices should significantly reduce the number of chargers that accumulate in consumer homes and bring significant savings. The Commission estimates that EU consumers could save up to € 250 million a year on unnecessary chargers. It should also reduce the amount of electronic waste by about a thousand tons per year.

Since 2009, the Commission has been trying to solve the problem with a single charger for electronic devices, which has led to a significant reduction in the number of different chargers and charging solutions from thirty to today's three.

To obtain a universal charger, it is necessary to ensure full interoperability on both sides of the cable: the electronic device and the external power socket. The Commission announces that it will propose an amendment to the regulation in this direction, which would enter into force simultaneously with the new directive.

The biggest resistance of the universal charger for years has the American manufacturer Apple.

Most phones sold today use micro-USB charging slots, but not Apple iPhones, which can not be charged with a charger made for the most commonly used Android products.