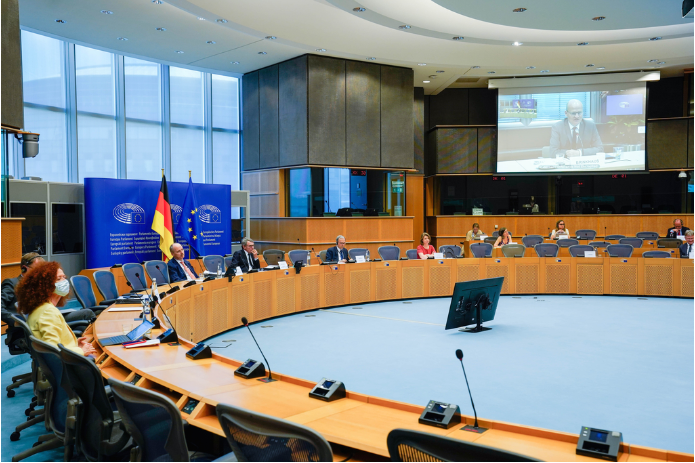 Photo archive of the World Cup

The European Commission is due to propose a new package of financial assistance to Ukraine on Wednesday, including new loans to provide immediate liquidity to Kyiv and long-term financing commitments to rebuild the country, officials told Reuters.

The size of the short-term financial support is still being determined, but two officials familiar with the discussions told Reuters they expected it to cover Ukraine's financial needs in two months, mainly through loans.

A third official said the money would come from the EU budget and EU governments, dismissing earlier rumors that the funds could be raised in the market by issuing joint bonds backed by the EU budget.

The International Monetary Fund (IMF) estimated in April that Ukraine needed about $ 5 billion a month for at least three months to cover the immediate financial shortfall caused by the Russian invasion.

The Director of the Fund, Kristalina Georgieva, called for this support to come in the form of grants instead of loans.

The extent of EU support will also depend on how much the G7 countries are willing to contribute. The meeting of the finance ministers of the Group of Seven major economies is scheduled for the second half of this week, shortly after the Commission is expected to unveil its proposals.

EU countries will have to sign the Commission plan and could try to change it.

Governments are divided over how to support Ukraine, with some favoring loans despite the IMF's views and Ukraine's likely inability to repay them. Germany is among the many EU governments that support grants, say EU diplomats.

The package could end up as a mix of grants and loans, officials said. The money will be used to pay salaries, pensions and hospital expenses.

The new package will build on the EU's 1,2 billion-euro emergency loan to Kyiv agreed in January, half of which has already been disbursed and the rest is expected to be disbursed soon, a commission spokesman said.

The commission will also show on Wednesday its commitment to supporting Ukraine's long-term reconstruction, officials said, setting the stage for what is estimated to be a colossal trillion-euro financial effort.