The EU will stop without immigrants 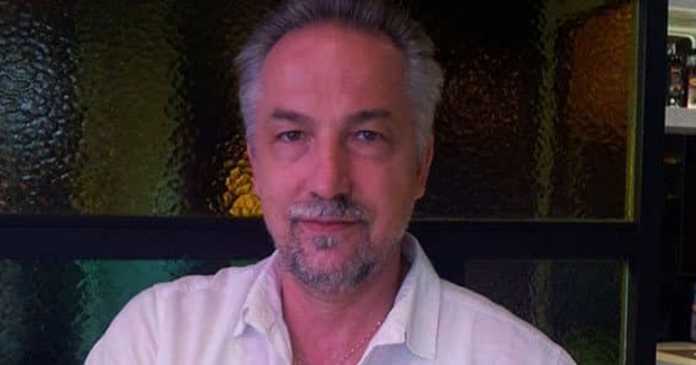 Migrant immigration is the most significant factor affecting population growth and economic dynamics in the EU. Without an influx of new migrants, the Union's population would shrink significantly. The increase in migrants in the EU as a whole in the last two decades has been five times higher than the figures derived from the difference between births and deaths.

Labor shortages currently prevail in a number of sectors in almost all EU member states. This is exactly why the European Commission emphasizes that the EU strongly needs the immigration of workers, and for which it is necessary to ease the legal regulation, with further reinforcement of the protection of workers from exploitation and further improvement of mobility within the Union. Otherwise, without an influx of labor, the economic wheels of the EU will stop.

Macedonians also participate to a significant extent in the increasingly intensive movements of migrant labor towards the EU. In recent years, a large number of Macedonian citizens with dual citizenship have been using the right to free movement on the large, borderless European labor market, and access to the EU is opened to them after they acquire Bulgarian EU passports. The Bulgarian state leadership, on the other hand - that purely pragmatic approach of the Macedonian citizens who "embrace" the Bulgarian passports and squeeze them as a detour in the search for a job and a better income in the EU - pushed it into the cauldron in which the Bulgarian-Macedonian dispute is boiling, with illusory claims of Sofia that it is about making the Macedonians aware of the misconceptions about their identity.

The Balkans are en masse in labor

About 400.000 residence permits, according to Eurostat statistics, have been issued to Macedonian citizens in the EU member states. The issued permits for residence and work in the EU, of course, do not cover only Macedonian citizens who received such permits in the last few years, but also those who have been living in EU member states for a long time. However, these data speak concretely enough about the volume of emigration from Macedonia to European countries, mostly due to job search and family reasons.
The statistical figures of Eurostat become even more interesting if you look at the surrounding Balkan countries. Citizens of Serbia, for example, were issued about 860.000 permits in EU member states, which is about 12 percent of the total population in the country, and citizens of Kosovo received about 585.000 permits, which is about 32 percent of the Kosovo population. With a population of slightly more than 2,8 million, the example of Albania is particularly interesting, for whose citizens more than 1.700.000 permits have been issued in the EU.

Europe is aging, the economy is suffering

The current estimates of the European Commission speak of the fact that the labor shortage in the EU will continue to increase along with the aging and reduction of the size of the working population in the EU member states. Considering such a development, as European Commissioner for Home Affairs Ylva Johansson recently pointed out, "we need more avenues for people to come who can contribute to the growth of our economy."
In 2020, about 22 million people from various countries outside the EU were settled in the Union, which corresponds to 4,9 percent of its total population. On an annual level, about 3 million migrants move into the territory of the Union through legal routes.
The immigration of workers is becoming an increasingly important European issue in terms of meeting the needs of the EU labor market, in conditions where the mobility of the domestic labor force is not sufficient. However, the need to accelerate the filling of vacancies in multiple branches and sectors by migrating and attracting labor outside the EU is currently hampered by long and complicated processes for issuing work permits, as well as different bureaucratic requirements and rules in individual countries. members.

Never enough labor in the EU

The European Commission, in the long term, wants to focus above all on attracting labor in sectors where a significant shortage is felt, such as, for example, within the health system. The European Commission, of course, does not see the fact that the healthcare systems of the Balkan countries, including Macedonia, are being emptied of specialized personnel in parallel with the emigration to the EU. Brussels, as recently announced, wants to attract more young migrants and encourage the establishment of innovative enterprises, especially in technology.
As an example, the Swedish automobile concern "Volvo" can be cited, which in its factories near Gothenburg has a great need for expertise, among other things, for the advancement of battery technology and software for electric cars. The competence in this area, which is currently available in Sweden, is not sufficient. That's why experts from all over the world are wanted.
But at the same time, in the bureaucratic labyrinths of the Swedish Migration Agency, for more than four months, 160 cases for immigrant visas and work permits for highly qualified persons competing for the said jobs have been waiting for resolution. Bureaucratic inertia is often a tedious and boring story. But it's not just engineers that are missing. In Swedish hotels and catering establishments there is a great shortage of various qualifications, above all chefs. Construction companies are also struggling not to delay the realization of their projects, constantly in a race to fill vacant jobs.

Migrant immigration is the most significant factor affecting population growth and economic dynamics in the EU. Without an influx of new migrants, the Union's population would shrink significantly. The increase in migrants in the EU as a whole in the last two decades was five times higher than the figures derived from the difference between births and deaths.
Such development is likely to be unstoppable in the future. As a country with a small population, Macedonia undoubtedly significantly contributes to such demographic processes. Due to poverty and difficult living conditions, unemployment, low wages, deep polarization in society, partisanship at all levels and dysfunctional institutions, many Macedonian citizens continue to look for a way out abroad. The EU is the desired "foreign country", which is the closest.

The author is a journalist