European Championship 2022: Norway on the wings of Toft beat Germany 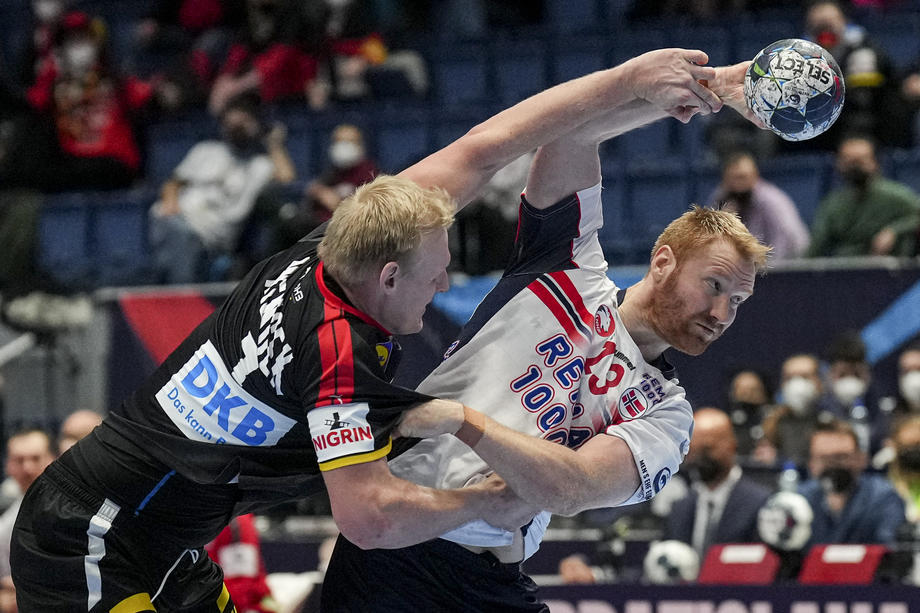 Guests on the handball courts will no longer be given preference / photo: EPA-EFE / MARTIN DIVISEK

The Norwegian handball team justified its favorite role in the second round of the main round of the European Championship and defeated the weakened Germany with 28:23.

The Germans were a versatile opponent in the first half, which belonged to Norway with 14:12. In the second half, the Norwegians, led by the moody Toft, managed to break away, and in the 53rd minute after Toft's goal, the advantage increased to +6, which made it clear who would win the points. Toft with seven goals was the best in Norway where Sagossen and Barthold scored four goals each.
In Germany, Gola scored four goals.

With the new two points, Norway climbed to second place in the table in Group 2 which brings it to the semifinals.

Previously, Sweden beat Poland without any problems with 28:18. All dilemmas about the winner were resolved in the first half, which the Swedes won with 14: 6.
Melegard, Vane and Peterson with four goals each for Sweden, while in Poland Morito and Krajevski stood out with five goals each.