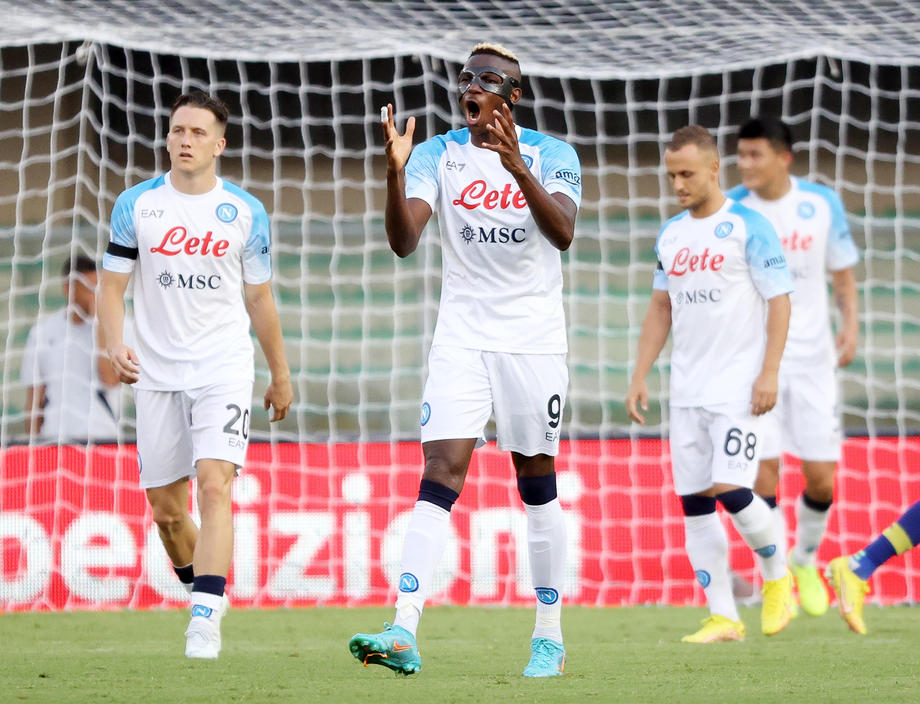 Napoli started the new season with a convincing victory over Verona/photo: EPA-EFE/SIMONE VENEZIA

The Napoli team, which started the new season with a convincing triumph over Verona, to which it gave five goals, today raised the expectations of its fans by signing three new players.

New Napoli footballers, for whom the Macedonian representative Elif Elmas plays, are Giacomo Raspadori from Sassuolo, Giovanni Simeone from Verona and Tangui Ndombele from Tottenham.

All three footballers arrived in Naples on loan with the right to buy or with a mandatory purchase at the end of the season.

During the summer transfer window, Napoli strengthened with Hvicha Kvarachelia, Leo Östigard, Matias Olivera, Salvatore Sirigu and Andre Zamba Angise who should be excellent replacements for Kalidou Koulibaly who moved to Chelsea, Dries Mertes who left for Galatasaray and Lorenzo Insigne. who signed for Toronto.