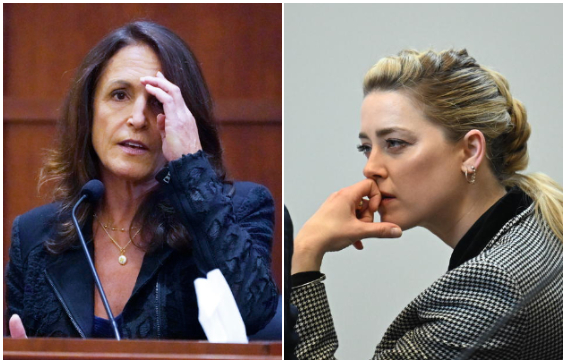 The entertainment industry consultant Catherine Arnold was called as a witness this week during a defamation trial Johnny Depp against his ex-wife Amber Heard. On Monday, Arnold said that Depp's "defamatory statements" by lawyer Adam Waldmann had harmed Amber Heard's career, saying that the study and brands had shown concern about working with her because of the reactions on social media. NY Post.

Arnold said the first Aquaman movie was a moment when Hurd became a star, a "remarkable moment" for the rise of her career.

"It was a moment when she was not only a good actress, but she became world famous because she was in her most successful film of course for DC Comics," Arnold said. Hurd has previously testified that while she will still appear in the upcoming sequel, her engagement is now "a much reduced version of that role".

"I got the script, and then I got new versions of the script from which the scenes with my character were thrown out. "They basically took away most of my role," Hurd said earlier about her engagement with the new Aquaman.

Arnold has now reiterated his claims, describing the changes made to the script. She claimed that Herd's character, Princess Mera, "ends up in hospital early in the new Aquaman 2 movie and is gone." Hospital stay is associated with "injury" or "something with a baby"

He noted that the first draft of the script contained "a strong romantic arc" and "some great action sequences".

Arnold also testified that Hurd trained five hours a day for several months in preparation for the big action sequence, but that she was not told of her reduced role until she arrived on set.

"So her role is radically reduced compared to what she was in the script and what she trained for while preparing for the film," concluded the entertainment industry consultant.

PHOTO | "Why does your mouth have to be "tamboured": Antonia Gigovska on the "hate" comments and the alleged breakup with Ivan