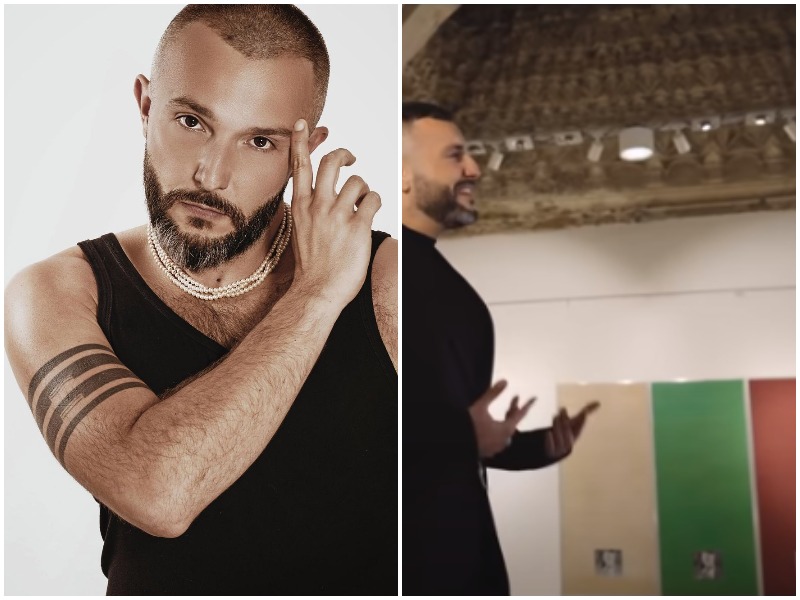 After the reactions on the social networks for the disputed shot in which colors associated with the Bulgarian flag appear, we asked Vasil for a statement who revealed to us what is hidden in the work that appears in the video and which caused a storm of reactions.

After the video for the song "Here I stand" was promoted yesterday, with which Vasil Garvanliev will represent Macedonia at the Eurovision Song Contest this year, reactions appeared on social networks regarding a shot with three strips of canvas in the background that are associated with the Bulgarian flag.

In this regard, we contacted Vasil who denied it and said that someone was deliberately making scandals unnecessarily.

- Let them. The video was shot in the Daut Pasha bath, and I am very proud that Dita (the director of the gallery n.z) allowed me to shoot there. The gallery has a beautiful display of works of art and no one involved in the video was allowed to interfere with them. The video is full of music and art, shown through the musicians in the video and the works of Macedonian authors exhibited in the Daut Pasha bath. - says Vasil.

- The work around which "dust has risen" is a creation of the author Janeta Vangeli and is inspired by Jesus Christ. The Bulgarian flag is horizontal, and this work has nothing to do with it. In fact, other countries in the world have the same flag colors, but no one reacted to that. I personally do not see in the work anything but a beautiful creation of the artist Vangeli - explains the controversial creation and adds that he will proudly represent Macedonia with "Here I stand", which is a sincere song with a lot of soul and love in it.

- Although the song reflects me and my life story, I believe that it will touch all of us, that is, it will reach all of us who have gone through a thorny path, we have fought hard battles and again in the end we have kept the smile. From the first moment I knew that it is the song with which I want to present myself and the homeland, I strongly believe that together with our team we will present ourselves with dignity on the Eurovision stage. I hope that the message of faith and hope for a better morning will help us to overcome everything that happens to us together. 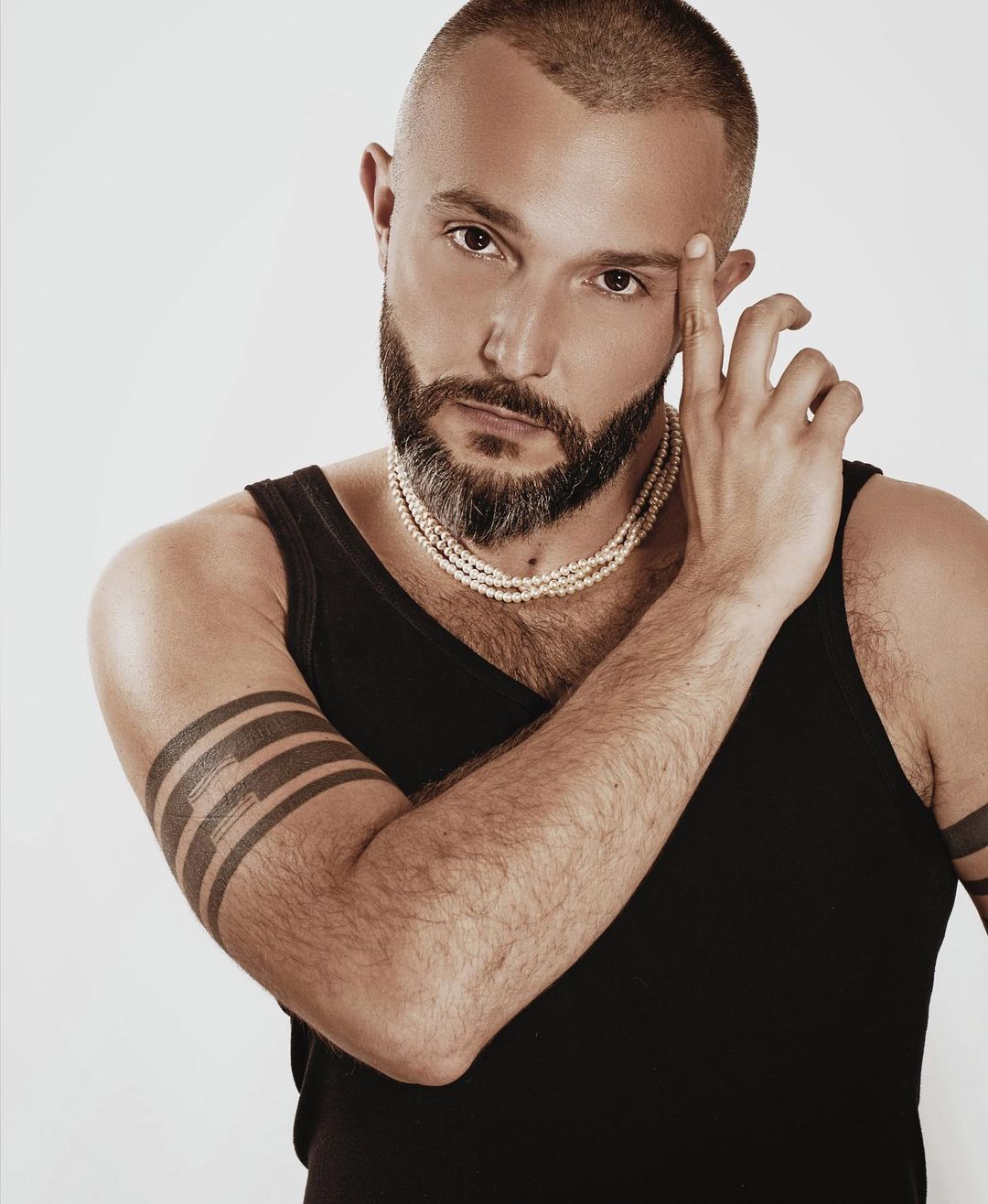 Regarding the expectations from the Eurovision Song Contest, which was canceled last year due to the covid-pandemic, Vasil says that he is focused on presenting Macedonia in the best light, for him it will be a personal victory, but also a victory for all of us.

- When I introduce myself as I know I can best we will all shine in that beautiful red-yellow color as it should! For every artist, the biggest support is when his audience stands behind him. We have proved to ourselves so far that when we are united we can and will succeed. I hope and believe that we will have a powerful performance, with numbers and forecasts at the moment I do not bother honestly. So I send love, positive energy and wonderful music to everyone. We go forward and up in proud red-yellow tones! - said the singer.

VIDEO | Captured but not forgotten: People use drones to feed La Palma dogs

PHOTO | Snow suggestions for this weekend: Where is the most snow?

Ohrid hotels will raise prices, the wave of price increases pressed them even before it happened