Exhumed 436 bodies in Izum, most of them had signs of violent death 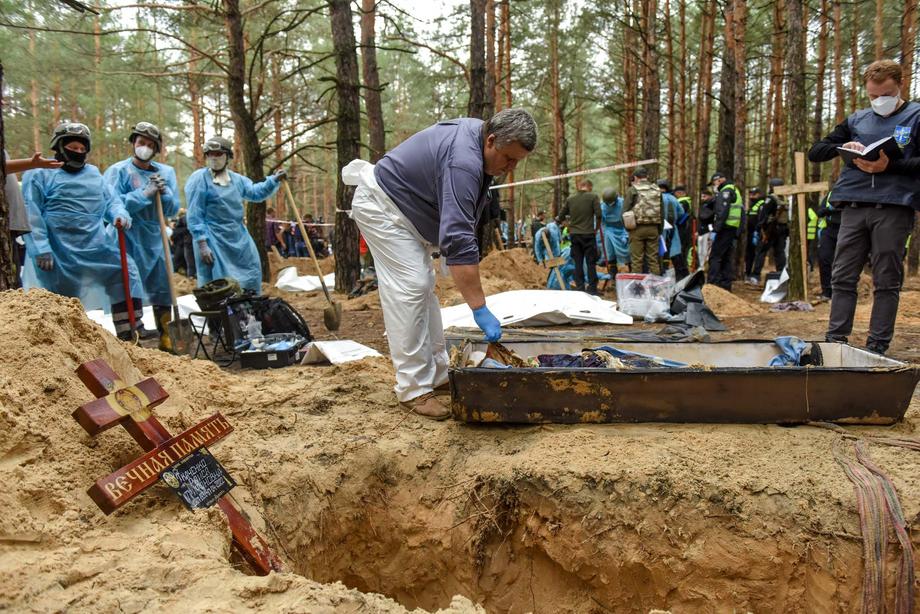 The head of the regional military administration in the Kharkiv region of Ukraine, Oleh Sinyehubov, says 436 bodies have been exhumed from mass graves near the eastern city of Izum.

Sinyehubov said on September 23 that most of the bodies had signs of violent death.

"Some bodies have ropes around their necks, tied hands, broken limbs and burn wounds. A few men have their genitals amputated. All this points to the torture that the occupiers imposed on the inhabitants of Izum. Most of the bodies are civilians, 21 are military personnel," Sinyehubov wrote on Telegram.

He also said that at least three more mass graves were found in Izum, and more in the Kharkiv region.

The discovery of mass graves and evidence of torture in Izum days after the city was retaken by Russian forces during Ukraine's successful offensive in early September shocked Ukrainians and the international community.