"Ecological Uprising" with an open letter to Vuќi:: Withdraw the unconstitutional laws or Serbia will rise to its feet 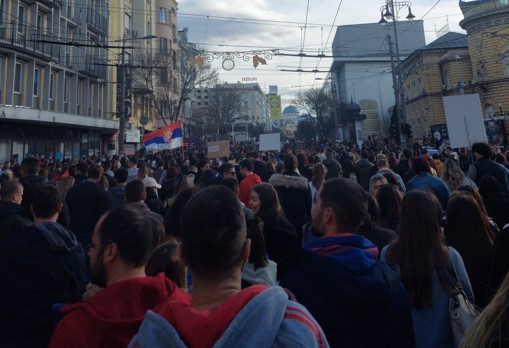 The "environmental uprising" today sent an open letter to the President of Serbia, Aleksandar Vuќiќ, in which they demand the withdrawal of "strange and unconstitutional laws on referendum and expropriation" by Friday, December 3, or, as they say, on Saturday, Serbia "will get up on your feet " writes Beta.rs.

The "ecological uprising" called on Aleksandar Vuќi. To do everything he can for Serbia not to fall into an even bigger crisis, so they expect some answers from him as president of all citizens.

Did you know that the Law on Referendum and People's Initiative was published in the Official Gazette of RS No. 111/21 of November 25, 2021? It cannot be published unless it has been previously signed by the RS President. You are in "Pink TV" Hit tweet said that "they would have remarks if you see the Law on Referendum"? By that, you actually told the citizens that you did not read the law and signed it, it is said in the open letter.

The "Ecological Uprising" asks Vuќi дали if he is aware that "his irresponsible and autocratic actions will be subject to criminal prosecution?

Are you aware that after the adoption of these laws (of which, let us remind you, one has already been adopted) you will face not only roadblocks, but also a general revolt of citizens strongly motivated by years of suffering injustice caused by your autocratic and an arrogant government ?, the letter reads.

They also asked if he knew he and his associates would be responsible for provoking and organizing the conflict by using parapolice formations made up of criminals and thugs.

Are you aware that it is in your best interest to establish the rule of law in the Republic of Serbia, so that when you are accountable to the court for your actions, you have the right to adequate legal protection, they ask from the "environmental uprising".

Milanovic: We have never had a more corrupt government than this one

Gallup: A larger percentage of Bulgarians do not approve of Russia's policy

Horror in Montenegro: He beats his pregnant wife to death, allegations of violence dismissed

Worrying epidemiological situation in Serbia, the number of deaths is increasing

Djukanovic: It is certain that Krivokapic's government from February 4 will become a thing of the past