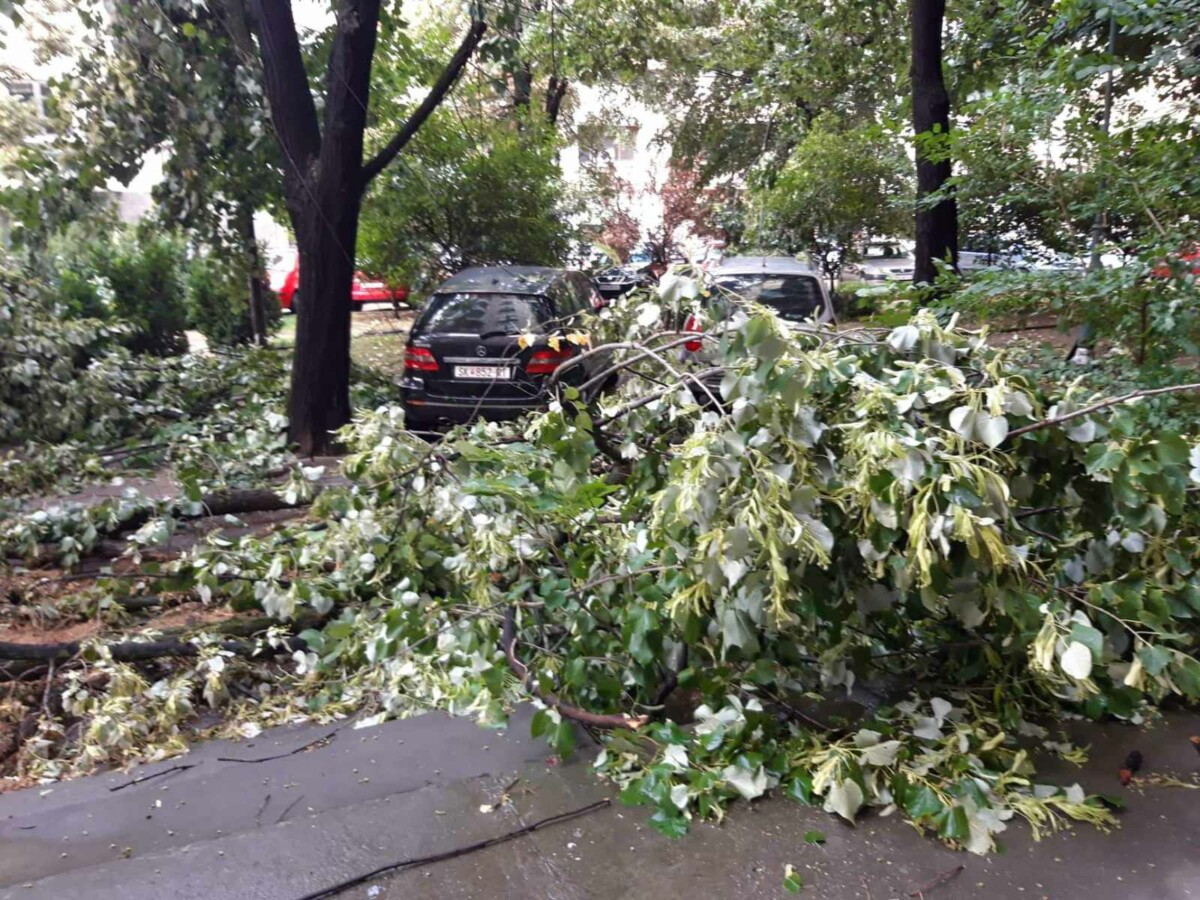 After today's storm that hit Skopje, the teams of JP Water and Sewerage, JP Streets and Roads, JP Communal Hygiene, JP Parks and Greenery intervened in all locations that were critical places of accumulated water, uprooted trees or fallen branches, repair of traffic signals and cleaning the surfaces.

The JP Vodovod and Sewerage has carried out sheeting of the sinkholes in order to enable the absorption of water. The critical points were cleared: the underpass at Stokovna huča, Ilindenska Boulevard at several points, Partizanski Odeje Boulevard, Jordan Mijalkov Street, several locations in Karposh Municipality, Pavel Shatev Street, near the police station at Bit Pazar, the interchange in front of East Gate and other interventions. The air and sewage lines at these locations are clean, the City of Skopje announced.

The teams of JP Streets and Roads intervened in the repair of a fallen traffic light at the interchange near T.C. Mavrovka and repaired a crooked semi-portal on St. Kliment Ohridski boulevard.

Several locations have already been completely cleared, and the teams of JP Parkovi želílo will continue with the clearing both in the evening and throughout the day tomorrow.

The teams of JP Communal hygiene in coordination with other enterprises are currently cleaning the streets and boulevards, as well as part of the pedestrian paths for their passability.

The cleaning of the city areas from the storm will continue during the evening hours and during tomorrow, the City of Skopje informs.