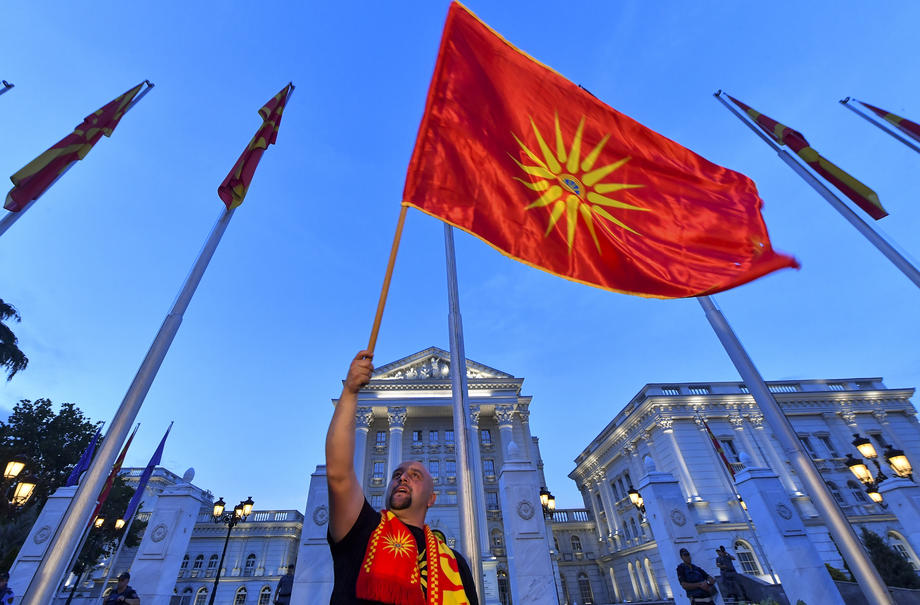 "The Democratic Union for Integration strongly condemns the violence and anti-European incidents that took place tonight at the protest organized by VMRO-DPMNE and Levica in front of the Government and Parliament building," said DUI tonight.

"Citizens tonight witnessed the attempt to repeat a similar attack on the highest legislative body in the country as on April 27, 2017 by political parties and individuals who do not think at all about the future of the citizens and the Republic of North Macedonia. In the decisive moments for the country, in the moments when history is being written and the foundations of the European path are being laid, the Democratic Union for Integration assures the institutions and citizens that it will not allow at any moment to deviate from the path of Euro-American friendship and European integration. , the statement said.

"Pro-Russian parties that lead violent protests against European integration are implementing Moscow's agenda to destabilize the country and the region, but fortunately these smaller parties do not have the support of the citizens. We call on the political parties in the country that are designated for European Macedonia, to distance themselves from these destructive agendas and to work together for integration in Europe with full respect for the identity, cultural and linguistic characteristics of all of us", DUI added.

In the next two days: Pregnant women and people over 60 will be exempt from work

It is not yet known who will replace Ruskovska, she will appeal the suspension

RFE/RL: REC "Bitola" awarded dozens of tenders to its employees close to SDSM