DUI: Activists of the Alliance-VMRO-Levica coalition staged the incident 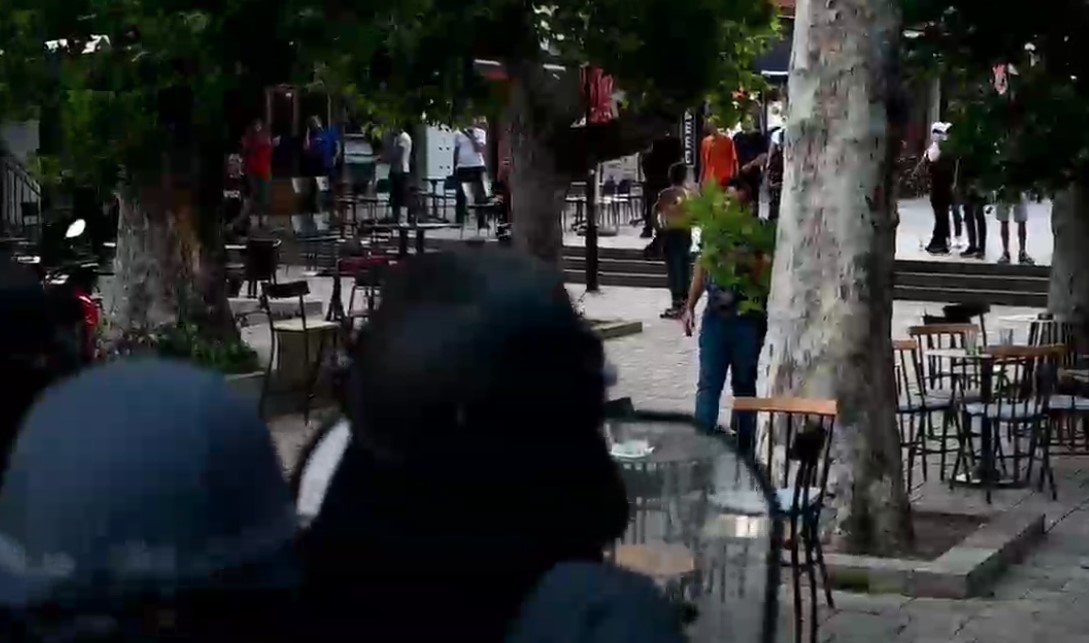 The Democratic Union for Integration said it strongly condemns tonight's incidents, which, according to the party, took place during the "anti-European protests instigated by the pro-Russian elements in our society, including the scenario that took place tonight in Skanderbeg Square in Skopje".

"The incident between the activists of VMRO, LEVICA and Alliance cannot be considered premeditated and planned by this coalition because the protagonists were precisely these three parties and their supporters. The person who attacked his coalition partners tonight led a campaign for VMRO DPMNE yesterday together with his brother, while today he is an official of VMRO, director of Communal Hygiene in Skopje. "DUI calls for calm and not inciting inter-ethnic incidents and violence at the protests," said DUI.

"The anti-European forces will not succeed because our country is in NATO and the citizens love Europe," the statement from the party reads.