A country with such migration must worry about its future 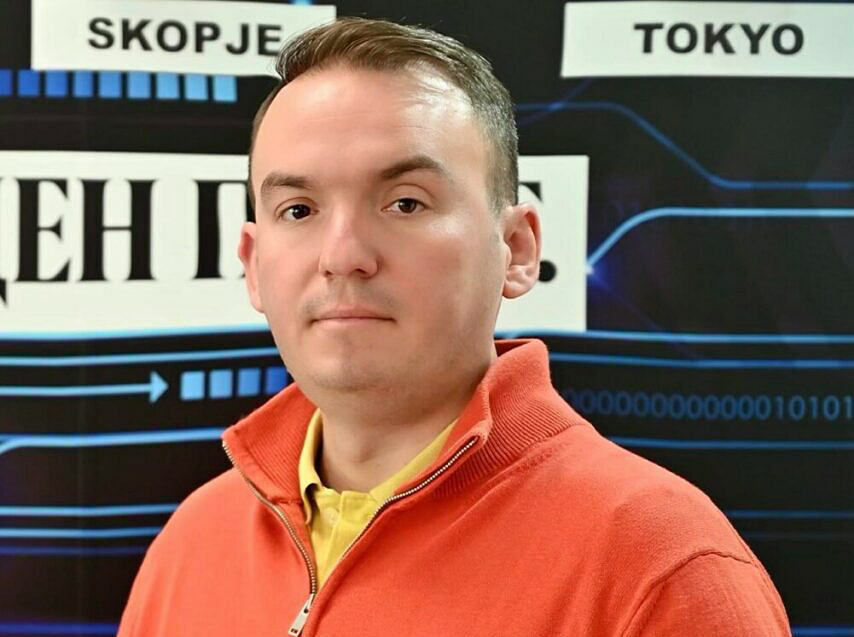 Among the five main problems faced by the citizens are not the economic and energy crisis, nor the inter-party fights, nor the stalled European integration. Years ago, four of the five main problems pointed out by citizens were economic - unemployment, inflation, poverty, low wages... The fifth problem changed depending on what was current at the time - the Bulgarian blockade, the coronavirus pandemic, the name dispute. , the exodus of young people...

Maybe our politicians can, with "muscles", find some solutions for the less important problems, but it seems that there is no solution for the most important ones. Wages have been rising for years, and unemployment has been falling, but this is clearly not enough. If you measure yourself, there is progress, but if you compare yourself to the world, you can see the huge differences.

This week, information appeared on the airwaves of the Macedonian media, to which the politicians did not pay attention at all and spoke much more about trivial topics. According to the results of the research of the Organization for Economic Cooperation and Development (OECD) entitled "Human capital, migration and how to shape the future together", every fourth Macedonian citizen left the country, and at the same time the number of emigrants from the country to the EU increased by five in the last decade times. The youth or, more precisely, a quarter of our working population is leaving the country, and the political elites do not seem to care.

A post-presentation of this terrifying information was given by the Deputy Prime Minister for Economic Affairs, Fatmir Bitiqi, but it was like some broken tape repeating the same chorus song with all his predecessors in that position. It was only stated and the refrain was repeated - "the situation is more than worrisome".

Such and similar data, to tell the truth, are not the first time they have been published in the country. The worrisome findings are confirmed by almost all research on the emigration of young people from the country, which were published in the past period. The last population census of 2021 showed that the Macedonian population is aging, and the percentage of young people who see their future outside the country is increasing. After two decades since the last census, in 2002, the number of inhabitants in the country has decreased by 185.834 people or by 9,2 percent. This means that a population equal to two or three larger municipalities in the country has been lost. The total resident population of North Macedonia on September 5, 2021 was 1.836.713 inhabitants.

It is a sad fact that our children are educated at home, and are realized abroad. In that process, Macedonia is empty and alarmingly so. It is already rare to meet a young man who will not tell you that he is thinking or already has a plan to leave the country. Whether it is a student or someone who works. The motives are different, but predominantly economic.

The world has long relied on our personnel, much more than our country, which does not even want to rely on those who are taught to develop a critical opinion. Such do not fit into the parties' plans for obedient and loyal cadres. Such are not needed in a bipolar and partisan system. Everyone who does not want to be a party runner leaves. If there was a new census this year, I believe that we can throw the figures from the previous one in the first trash can: the pace of emigration guarantees that.

The country remains without social and social capital, and the youngest, for which there is no interest, no strategy, no institutional support. It's just that the talented are trampled over by the party repeaters and poster-stickers in the elections. At the end of the day, we need to get the message across to the political parties that they need to get serious about solving this problem. It is obviously much easier for them to make inter-party quarrels, than to focus on finding solutions that will bring positive changes for the citizens. Most likely due to the fact that politicians do not have sufficient capacity for responsible policies even in the parties themselves, but also due to the ease of topics with which they, unfortunately, compete with each other during the election race.

The parties should understand that in these moments leadership is needed in the true sense of the word, not just in appearance. The state is in deep crisis, there is no new and young energy, there is no vision of what to do at a time when the world is changing dramatically caused by the war. That is why we all need to understand together that we must, at any cost, win the battle in the war against the exodus of young people.

Germany: Putin wants to break the backbone of Ukrainian society

Steinmeier: Whether admission to the EU will be in 2030, no one can say, but reforms must continue

VIDEO INTERVIEW | Teodora Mitrovska, fashion designer: It's hard to establish yourself in a foreign country, but it's worth it!

Elizabeth II did not die of old age, she had bone marrow cancer