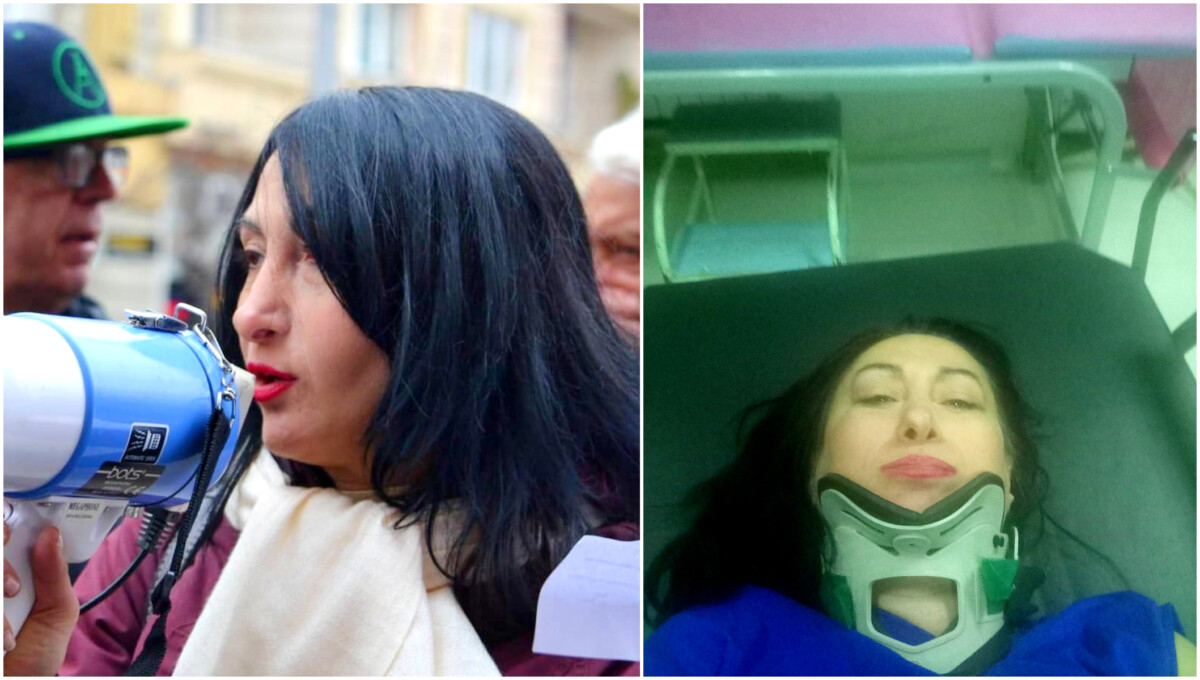 Activist Ana Gligorova end in hospital after employed on a bicycle of a food delivery company, yesterday, at a speed of 20 kilometers per hour, hit it directly while riding his bicycle near the City Park. Gligorova was released for home treatment, but has a number of bruises, pain in the ribs, left side of the head, arm and neck.

The cyclist was riding in a hurry on her side of the track, and the impact could not be avoided. She told "Sloboden Pecat" that in the traffic in Skopje, in addition to cars and motorcycles, a good part of the participants are cyclists, but that the legislation is insufficiently focused on the fact that a person can suffer a lot on a bicycle. Even the food delivery man, when he hit her and said that "there are no rules". Much of the city is not covered with bike paths, which exposes cyclists to mercy.

- Black appeared before my eyes. The blow was very strong. I have pain in my ribs, head, bruises on my face, left arm. He was flying three meters after he hit me. They work on the norm and do not pay attention. There are no rules, he tells me. When the ambulance came and told him to come in, that he was not well, but he did not want to, he had to return to work. That is problematic capitalism. I think there should be some training or criteria for who can ride a bike when professionally engaged. He did not even wear a helmet. He also wanted to blame me. I do not feel the neck. I was in the CGH "September 8" for three and a half hours for examinations, brain scans, but I probably do not have brain injuries. If it were not for the hedge, I would have been able to leave, but like this, there was nothing I could do. "I only remember a very strong blow, huge pain and black in front of my eyes," Gligorova told Sloboden Pecat.

When the ambulance transferred her to the CGH "September 8", a police team came there, but for another case, for a motorcyclist who participated in a car accident. Gligorova also told them about her situation, that she had just been hit by a cyclist, but the police did not respond. No record of the incident was made, as police were not called to the scene.

- My priority was for the ambulance to come, says Gligorova.

After three hours in orthopedics with neck braces, after the results of X-rays and computed tomography arrived, she was released for home treatment where she rests and heals. Despite the severe pain, there are no serious injuries, but the shock and trauma of the event remain.