"Donation for the manager": Printers left in front of the barracks of the City of Skopje 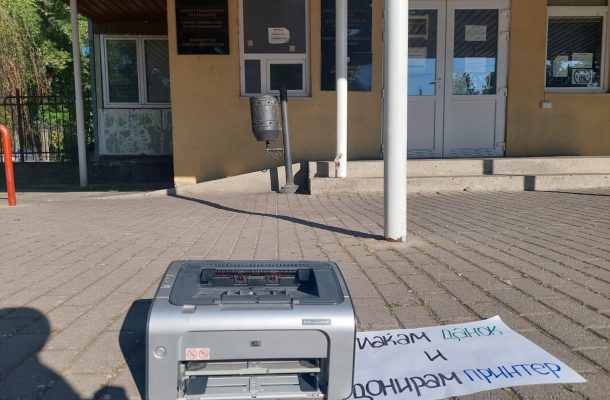 Printers could be seen in front of the barracks of the City of Skopje today, together with the inscriptions "Donation for the manager" and "I pay tax - I donate a printer". 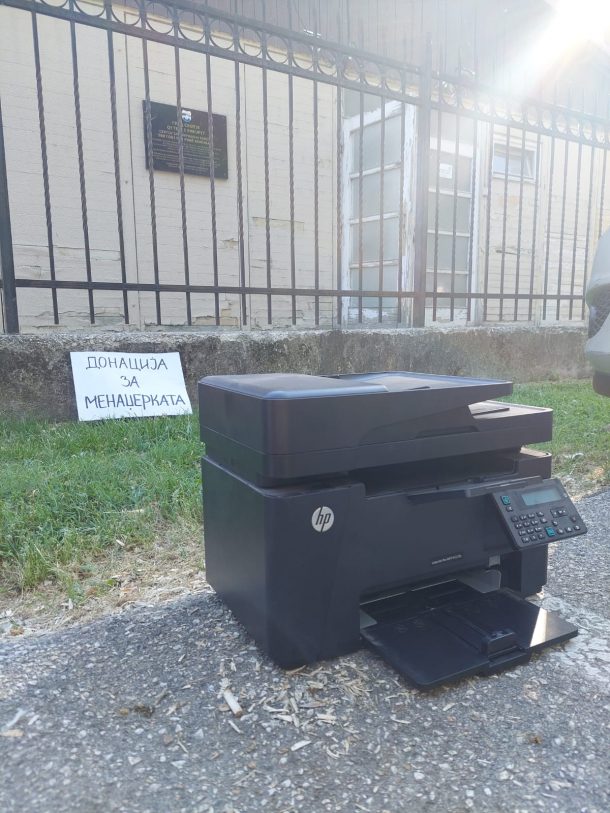 City of Skopje yesterday left without printers which he has been renting from Intek Systems for the past two and a half years. Employees of the company yesterday took the printers from the city barracks, loaded them in a truck and took them away, after the City prematurely terminated the rental agreement. Now, according to unofficial information, the city administration operates with only a few printers, which is not enough for the services to do their job smoothly.

The city is looking to rent 34 printers of several types, for which the rent will cost around 90.000 euros and will be paid from funds provided in the Budget of the City of Skopje.

PHOTO NEWS: The fountains in the center of Skopje in summer guise

Asani called Mayor Arsovska: Only axes and saws suit them, the tree planted by Mother Teresa could have been repaired