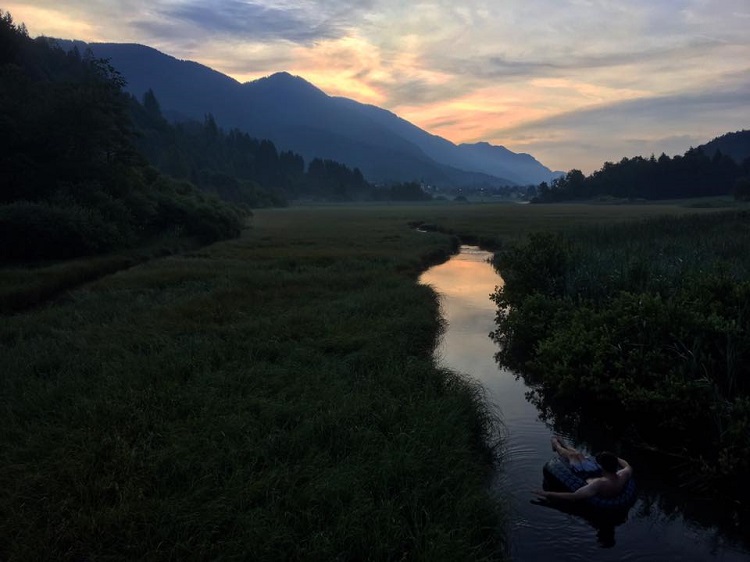 The world premiere of the feature-length documentary Sava (2021), co-produced between Sava Films (England) and Ortak Films (RSM), took place at the Dokufest Documentary Film Festival in Prizren, Kosovo, and the Macedonian premiere will be held at MakeDox.

The first feature-length documentary by British director Matthew Somerville, who completed his documentary at Falmouth University in London, is the traveling film Sava. The film was shot in locations across Slovenia, Croatia, Bosnia and Serbia along the Sava River, which flows about 990km through the countries of the former Yugoslavia.

The director's fascination with the region of the former Yugoslavia and the people living along the Sava River began with his first appearance at the Exit Festival in Novi Sad, where he spent some time exploring the region. Thus he began to study the history, political and social life of these peoples. In 2013, he traveled by car from London to Belgrade through towns and villages along the river.

- I wanted to show how nature is bigger than any other nation, the rivers will flow for a long time and after we are gone. Rivers connect people more than any flag, culture or ethnicity. "With this film, I want to show how the longest river in the former Yugoslavia still connects people, even though the borders have been moved," Somerville said.

In London in 2019, Somerville met the Macedonian Gorjan Atanasov, who at that time was postgraduate in post-production at the University "MetFilm School", who in addition to being in charge of editing the film is also a co-producer. The two decide to vote for the river, to connect the stories of people living along the banks of the Sava River. In search of a mature female narrator, Somerville gets in touch with one of the biggest stars of the Yugoslav film, who managed to make a world career in Hollywood, Mira Furlan, who gladly accepted the offer for cooperation. With Furlan, they manage to realize two sessions for synchronization, but in the preparations for the third session, they find out about the actress' illness.

- We should have recorded the last synchronization with it, but we did not succeed. Unfortunately, Mira died. The film is dedicated to the memory of her and our priceless collaboration with this great artist - reveals the director Somerville.

The director and producer of the documentary "Sava" is Matthew Somerville, the editing is by Gorjan Atanasov, the cameramen are Dan McCrum and Matthew Somerville. In the film, the river has a voice and in the role of narrator is the actress Mira Furlan, and the text for the narration, besides her, is also signed by McCram and Somerville. The music is by Robin Schlochtermeier. The Macedonian premiere of the film is scheduled for August 23 in Kurshumli-an, within the MakeDox festival.

Goten published the novel Center of the World by Andreas Steinhefel