Dr. Adela Stefanija: What you need to know if you are planning to become pregnant at an older age 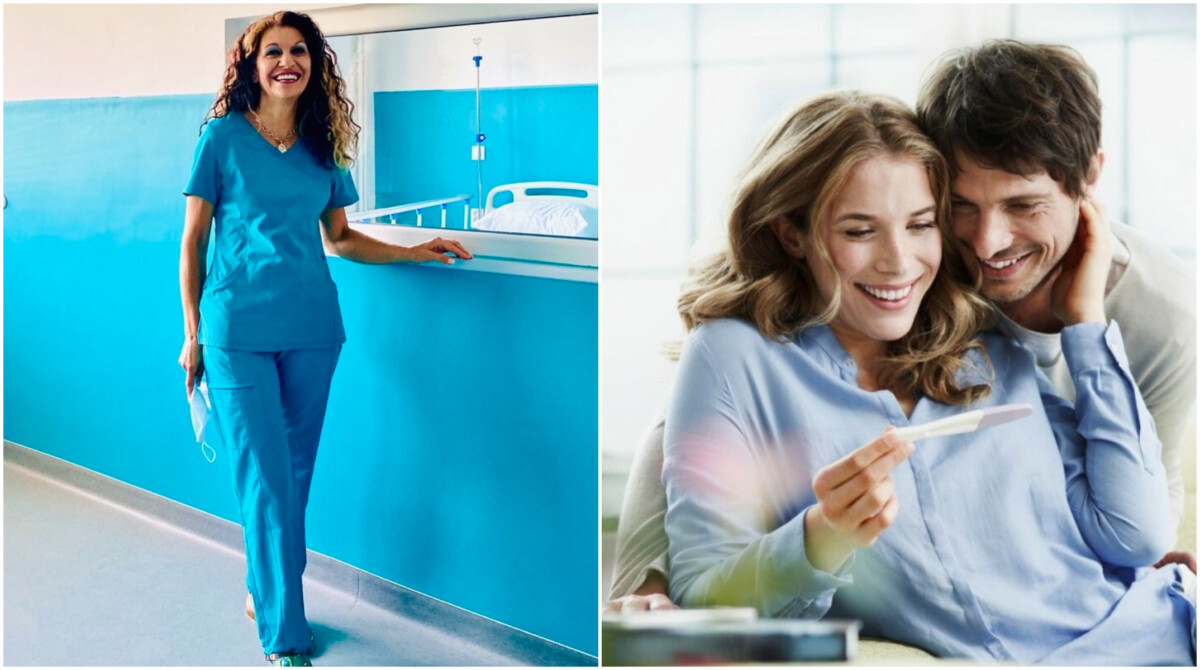 Motherhood is an act that changes life, vision, demographics, civilization. Every mother gives birth to a world, grows in this world and leaves this world a new world full of opportunities and temptations, gives a child with talents, with virtues and weaknesses, gives him a small but important segment in the dimension of humanity.

But there is a way to become a mother. From deciding to become a parent, carrying out a pregnancy, to having a lively and healthy birth, she says Dr. Adela Stefanija spec. gynecologist-obstetrician at the University Clinic of Gynecology and Obstetrics.

What factors influence a woman to play the role of a mother?

Being able to be a mother depends on many factors - the decision, the emotional maturity, the health of the mother, as well as the factors that can influence that decision, such as age.
The modern way of life imposes a completely different pace and discipline on the young population, which due to career development or a range of other opportunities offered by life, the female population consciously decides to realize the field of motherhood later, unlike the decisions that women have made over the past decades.

The decision to become a parent in old age, other than medical, is becoming an increasingly sociological phenomenon today.

How does age affect fertility?

Age is a serious factor, which gives you or reduces the opportunity to realize yourself as a parent.
30% of women aged 40 to 44 will be more likely to experience infertility.
For women aged 15 to 34, 7 to 9 percent will have infertility problems, and women aged 35 to 39 will have 25 percent infertility over time.

Being pregnant after the age of 40 is possible without fertility treatment, but the chances of having a problem conceiving are higher. Another factor that works against women in their 40s who want to get pregnant is the higher abortion rate.

Of course, you can try to look at this from the other side - although 34% of pregnancies end in miscarriage in women in their early 40s, most pregnancies are successful.

If you have a job as a mitigating circumstance, if you have a stable emotional relationship, or even all of the above, but you are strongly determined to realize yourself as a parent in life, do not wait, do not delay.

When is it necessary to visit a doctor, gynecologist?

If you are not six months pregnant, it's time for action.

Honestly, it may be most sensible to see your doctor right away and ask for some basic fertility tests.

Your gynecologist will recommend a hormonal status test as the first test you need to do, which is simple by taking blood. Your doctor may also recommend ultrasound folliculometry as well as microbiological swabs and a Pap test. These tests will give you the first picture of your risk of infertility.

According to the American College of Obstetricians and Gynecologists, the risk of some complications during pregnancy and childbirth increases with age.

All this also applies to the male partner, who is 40 years old or older. Reproductive ability also declines in men. In such cases the possibility of chromosomopathy is higher.

In the diagnosis of the male sterility factor it is necessary to make additional examinations such as spermogram, sperm culture.

Babies conceived by women over the age of 40 are also at greater risk of some congenital disorders, which require additional research such as chorionic biopsy, prenatal test, amniocentesis.

Aside from all the elements of age-related anxiety, there are certainly benefits for women who become pregnant later in life. Namely, a woman's body regenerates under the influence of hormones associated with pregnancy, reduces the risk of cardiovascular disease and osteoporosis. In general, women who decide to realize themselves as mothers later have more time to devote to the newborn. Maturity and the experience gained in life certainly influence the behavior, growth and development, as well as the behavior of children.

Finally a tip: Expectant mothers, especially those older ones, who have decided to implement this later decision in action, do not neglect the fact of more frequent controls and at the first appearance of some changes, to pay more attention. Your pregnancy requires more frequent laboratory tests, glycemic control, more frequent blood pressure measurements, weight monitoring, and any other additional reasons that may put you at risk if you have comorbidities other than pregnancy. Listen to the advice of doctors, read, but check the relevance of the source of information and enjoy the exciting experience that motherhood brings.

Dr. Stojanovic warns: A new symptom of the coronavirus has appeared, which no one has complained about before

How high a temperature can the human body withstand?

LIPO recipes that will make even the biggest gourmets swoon

Living with the coronavirus: What could the pandemic look like in the future?