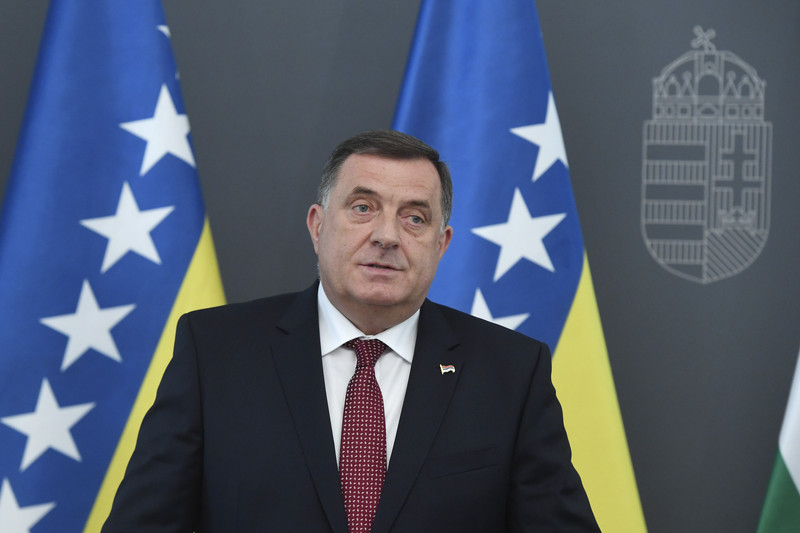 The Serbian member of the BiH Presidency, Milorad Dodik stated today that Bosnia and Herzegovina did not ask anyone to impose any special conditions and measures for it, including NATO.

He said that NATO has no role in BiH and that it is not the guardian of its territorial integrity and sovereignty.

Reacting to the correspondence between the Minister of Foreign Affairs of BiH, Bisera Turkovic and the Secretary General of NATO, Jens Stoltenberg, in which Stoltenberg stated that NATO is developing a set of measures, especially for BiH, Dodik assessed that "it is another abuse".

According to him, the Minister of Foreign Affairs of BiH, Bisera Turković, who previously sent a letter to Stoltenberg, in which it is said that "Bosnia and Herzegovina is facing numerous challenges, and in light of the current events in Europe and the region", does not have any powers. in the field of defense, neither externally nor internally.

"The only competent place for communication with NATO and other countries on military matters is the Presidency of Bosnia and Herzegovina, which was bypassed this time. It is a contrivance of the Muslim side, which is trying to ensure that it represents Bosnia and Herzegovina in a unique way, which, of course, is not true, Dodik emphasized for the Srna news agency, reports Beta.

He added that the Secretary General of NATO should also know this, assessing that, if he did not know this, then "he was unnecessarily involved in the correspondence about it".

Iran threatens Albania again: We will target the MEK base in Durres with a drone

GERB won the elections in Bulgaria, Boyko more convincing than Petkov and Vasilev

The votes from the general elections in BiH are being counted, Izetbegović loses

"Alfa Research": Seven parties in the next Bulgarian parliament