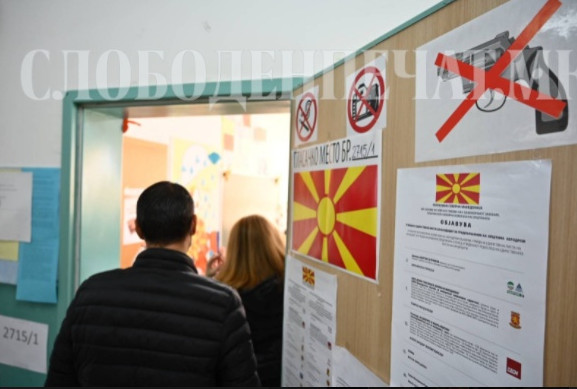 Turnout by 13pm in the seventh local elections was 20,76 per cent, the State Election Commission said at its last press conference. The highest turnout was recorded in Novaci, 43,77 percent. and the weakest in Studenichani 11,39 percent.

As the President of the SEC Aleksandar Dashtevski said, the voting is generally going well. By noon, 48 complaints had been received, of which 26 were accepted, 6 were rejected, and the others are still being decided.

By 12.30 pm, after 60 minutes, there were five interruptions at the polling stations. At 6 polling stations out of 11 where there were problems with the fingerprint machine, voting is already done in the old way with UV lamps, the SEC confirms.

Crowds of voters were reported at polling stations in several schools, so the SEC instructed to let as many people as there are ballot boxes instead of one person in the room.