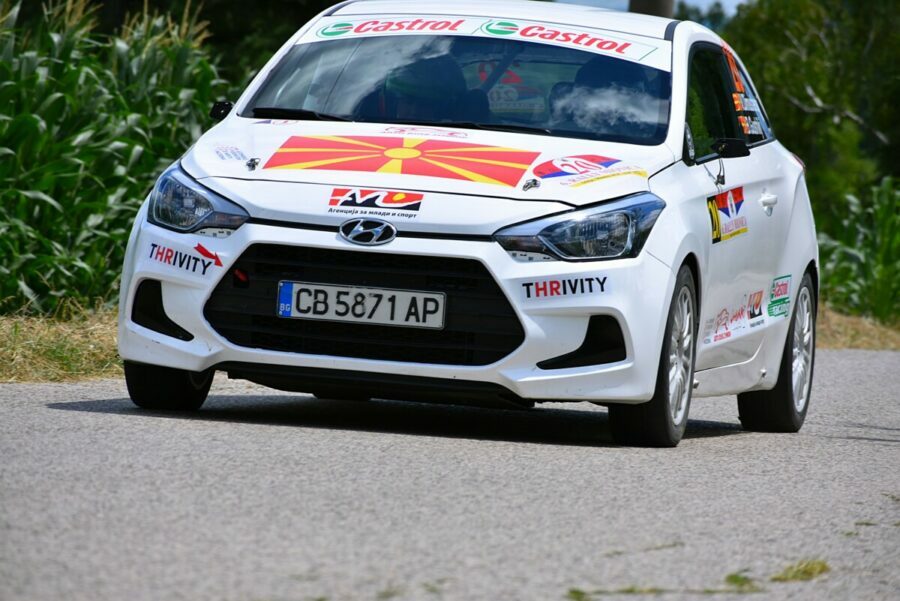 Vladimir Dimusevski and Branko Gusic finished the first day of "Rally Serbia" in the secondthat place in their RC5 class and are in 19th place out of 39 crews in the general standings ahead of Sunday's six stages.

After the first 6 stages of the first day of the 55th edition of "Rally Serbia" which is being driven this weekend in the vicinity of Vrnjačka Banja, the Macedonian crew Dimusevski-Gušić is close to placing on the podium in their RC5 class, finishing the day in second place.

Overall, with a total time of 1 hour and 13 minutes, they are 19th out of 39 crews that started at the rally. On Sunday, there are 6 more speed tests on the program.

- We had nprobably hard and exhausting day, пwe noticed in 9 in the morning and we didn't finish until 18pm. Each stage was incredibly difficult and required top driving and we faced situations we have never encountered before. The second stage, the so-called Silver, was as long as 27 kilometers to the top of Mount Gotch, so the vehicle did not have enough strength to drive it to the maximum until the very end. The third stage had smooth and very slippery asphalt with a lot of sand. On the fifth stage, the Romanian crew with whom we were "chasing" for the second place in our class took off right in front of us, so we had some 30 seconds of downtime. Then we lost the connection of the radio link between us, so the tires already stopped "holding" and the last, sixth stage only I watchedme to finish it. Today was really a great experience. Through all the situations we have learned many things, we have gathered a lot of experience, we are satisfied with today's ranking - says Gusic.

Tomorrow, the Macedonian crew is waiting for the remaining six stages in which they will fight for a place on the podium.

- On Sunday, the third stage will be particularly dangerous, тIt's one of these we drove today, but in reverse, top down. In my career I have done so many races on hilly tracks, but every time uphill, tomorrow for the first time I will race in reverse, ie downhill. That asphalt is very dirty with a lot of sand, we will have to pay attention to the potholes along the track and not to overheat the brakes. The tactic for tomorrow is to keep the current ranking because in our class the Bulgarian Tomov is 4 minutes behind us, and the leading Romanian Renault Clio has an advantage of 6 minutes ahead of us. In general, the priority is to stay in the top 20, but the main focus will be on placing on the podium in the class – says Dimushevski.

Roddick: Alcaraz is deservedly at the top, but Djokovic is still the best tennis player in the world