Dimkovski MVP, four Macedonians in the ideal composition of the EHF Championship in Riga 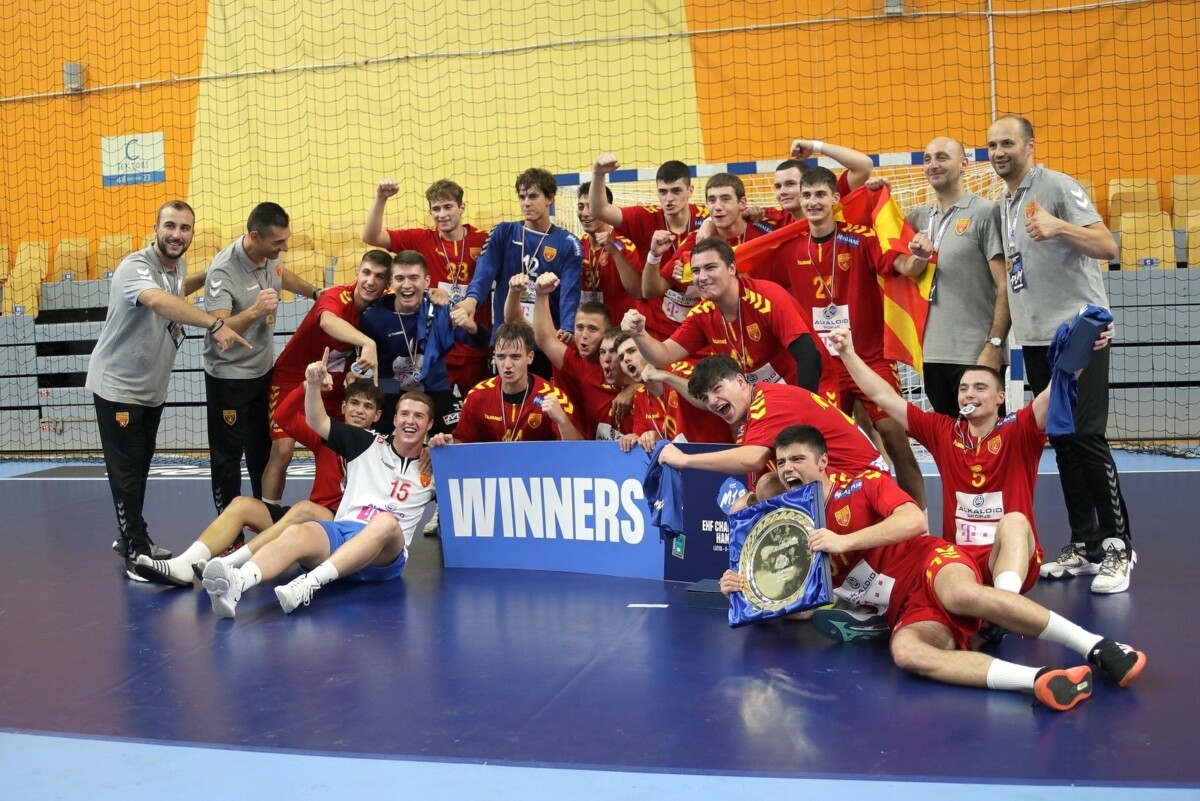 The cadet national team of Macedonia (U18) was the best at the EHF championship that was held in Riga, Latvia after a great fight and victory over Switzerland in the final.

That the chosen ones of the selector Rade Stojanović were dominant speeches and the fact that Tomislav Dimkovski was declared the most useful player of the tournament, MVP, and three more players from our selection found themselves in the ideal composition of the championship.

Dimkovski, the young defender of T. Prolet was excellent throughout the tournament, and especially shone in the final, when he scored seven goals against Switzerland.

In Memoriam: Andon Boskovski passed away

VIDEO: "Two out of two" for Barca and Magdeburg in the Champions League, Nantes beat Pic Szeged

Mitrevski made eight saves against Veszprém in the Champions League

Savevski called 19 handball players for the matches against Norway